"We don't want you going to work if you're sick," Newsom said, addressing what he called the "front lines of the food delivery system."

He added: "The grocery lines are also the front lines in this pandemic."

Newsom said that he hoped the extra money would relieve some anxiety. He did not specify how much this would cost the state of California, how many people this would affect or any other significant details about this new program.

He did say, however, that his order covers those who work for large employers, filling a gap left by a federal act this month that required employers to provide emergency paid sick leave but exempted those with more than 500 workers.

Grocery store workers to farmers are all considered essential workers and have been receiving paychecks during this time.

But many industry workers are low-paid and lack benefits. A survey of more than 30,000 service workers taken between 2017 and 2019 by the Shift Project at the University of California, Berkeley found that 55% reported they didn’t have paid sick leave. The survey, reported Thursday by CNN, covered workers in various service jobs, including food services.

Newsom’s order mandates sick leave for full-time workers who have the virus or who cannot work because of quarantine orders, in addition to leave they may already have.

Some large employers are granting paid COVID-19 sick leave to workers but they require proof in the form of a positive diagnosis — a problem because COVID-19 tests remain in short supply in many places.

Several cities, including San Francisco, already passed measures requiring large companies to provide 14 days of leave to workers affected by COVID-19 — the period many health experts say is necessary to ensure that a worker isn’t infectious. San Francisco’s bill was expected to cover about 200,000 workers.

Even though these workers are still receiving paychecks, Newsom noted that the stress for many of them to not call in sick is immense.

Newsom gave a special shoutout to those who pick, serve and deliver food during this time, and he credited the Latino Caucus for bringing the matter to his attention.

He said that these essential food workers have been "especially hard hit" and that these people are certainly not "disposable." 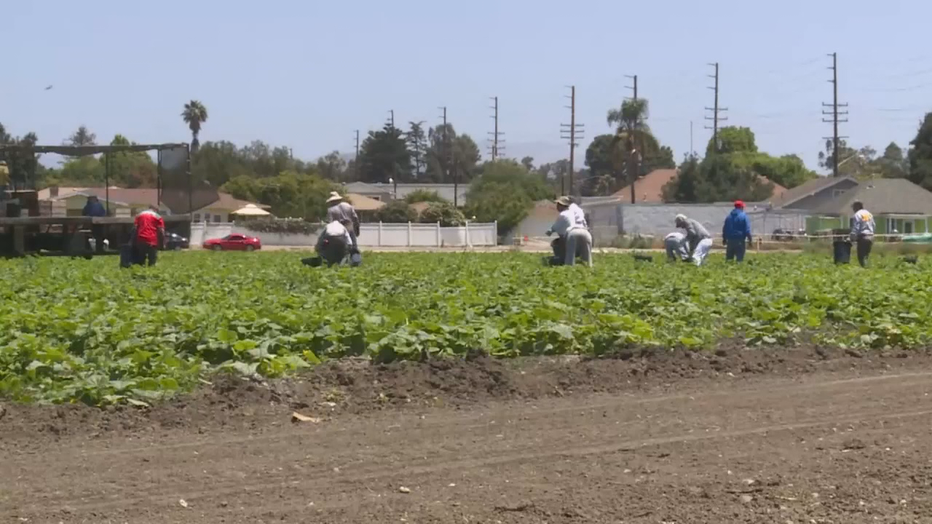 This announcement follows on what Newsom outlined the day before; $125 million in funding to undocumented immigrants, who aren't eligible for any federal stimulus money.

This story was reported from Oakland, Calif. The Associated Press contributed to this report.