Chicago - Editor's note: This review originally ran on June 22, 2022 as "Elvis" hit theaters. It has been republished in light of the film's recent premiere on digital platforms.

The absurdity is part of the point of "Elvis." It’s important to know that going in, otherwise the film’s frenetic opening act might be completely off-putting instead of just mildly overwhelming. Having established his signature glittering style with movies like "William Shakespeare's Romeo + Juliet," "Moulin Rouge!" and "The Great Gatsby," director Baz Luhrmann now turns his camp-flavored maximalism to the King of Rock 'n' Roll, Elvis Presley. And while the result is profoundly uneven, the highs are too high (and too outrageous) to be missed.

More than just a game-changing musician, Luhrmann sees Elvis as a mythic American figure or maybe even a full-on superhero — and he positions the tone of his film accordingly, somewhere between Orson Welles’ "Citizen Kane" and Sam Raimi’s "Spider-Man" trilogy. It’s exhilarating and exhausting in equal measure, and even Luhrmann’s rhinestone-infused touch can’t quite maintain control of this 159-minute behemoth. The film veers wildly from moments of transcendent style-becomes-substance originality to one boring music biopic convention after another. (One scene is set to a Doja Cat diss track; another features one of the most perfunctory "tragic marital breakup" scenes in biopic history.) Perhaps that’s why "Elvis" somehow contains both one of the best music biopic performances ever captured on film — and one of the worst.

About "Elvis": A hunk, a hunk of burning love

The good belongs to Austin Butler, a former Disney and Nickelodeon tween star who gives such an astoundingly full-bodied performance that it genuinely feels like Elvis possessed his soul to make it happen. The bad, unfortunately, belongs to Tom Hanks, whose cartoonish, fat-suit-clad performance as Elvis’ manipulative manager Colonel Tom Parker is so profoundly miscalibrated it almost seems intentional. 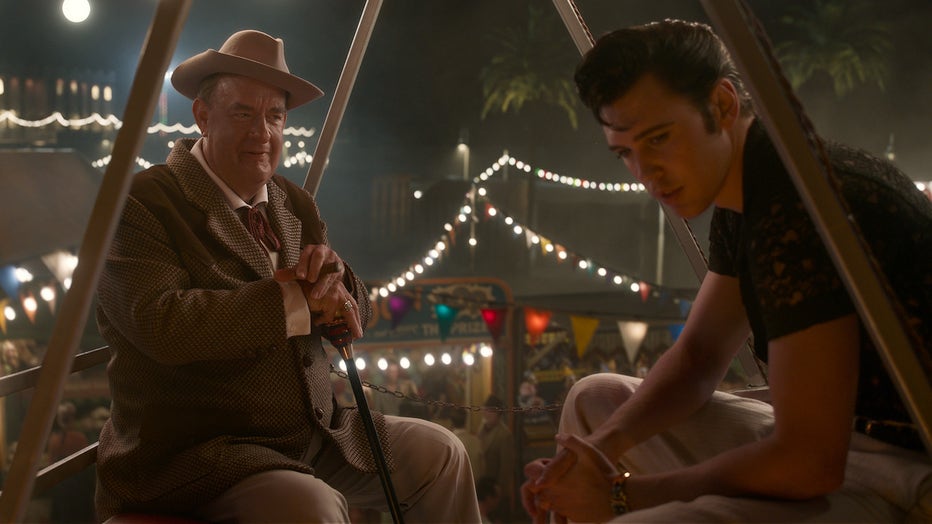 And maybe it is. There’s an interesting bit of sleight of hand at play with the film’s structure. Though "Elvis" is in many ways a classic birth-to-death biopic that charts nearly every major milestone in Elvis’ life, it’s the Colonel’s over-the-top narration that actually drives the story, as the former carnival barker retells Elvis’ story in larger-than-life fashion. Luhrmann is less interested in Elvis as a three-dimensional human being than as an icon and a cultural object — a side show act, as the Colonel puts it. And that frees up Butler to operate as a character actor rather than a conventional leading man, which, more than anything, is key to making his performance work.

Though one or two scenes suggest there are some limits to what Butler can do when it comes to conveying dramatic narrative weight through dialogue, his enthralling physical performance fits perfectly with Luhrmann’s take on Elvis as a man of few words but deep soul. Whether he’s drawling out a plaintive "momma" or causing mass hysteria with his signature pelvis "wiggle," Butler doesn’t so much act the role as embody it. And if Hanks’ caricatured turn was somehow key to unlocking Butler’s subtler showmanship, maybe it was worth it. 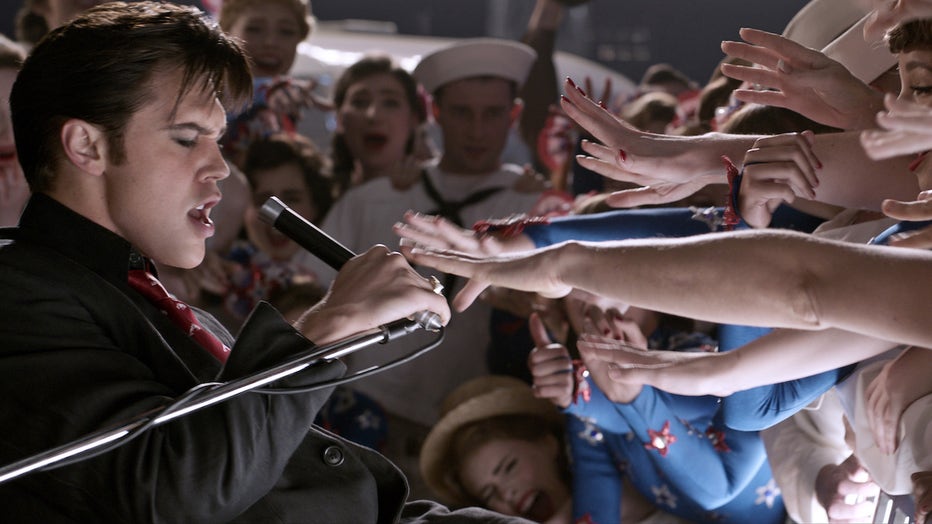 Particularly impressive is the way Butler subtly evolves Elvis’ physicality over his decade-spanning career, from the electric impulsivity of his livewire 1950s performances to the swagger of his 1960s Hollywood years and the gaudy confidence (and eventual sad decline) of his 1970s Vegas reinvention. In fact, there’s so much to cover in Presley’s culture-shifting career that you almost wish Luhrmann had just gone all-out and made this a two-part epic to really give each era its due. As is, the movie sags a bit in the middle, which is also where you can most directly feel that it was created with the approval of Presley’s living family members, who have a vested interest in protecting his image. (Using the Colonel as a catch-all villain is an easy cheat code for hagiography.)

Luhrmann is on steadier ground in the ‘50s and ’70s portions, where he finds thematic focus in charting the invention and reinvention of Presley’s onstage persona. If there’s one thing Luhrmann understands, it’s showmanship. And "Elvis" is at its best when it’s exploring the unique mix of instinct, ambition, timing and obsession with dazzling an audience that fueled the unprecedented success of its titular figure.

It’s onstage that Butler is truly transcendent, blending teenybopper naïveté with pop punk flair and glam rock sexuality. (He provided much of his own singing for the 1950s portion of the film.) Lurhmann is less interested in realism than in capturing what it felt like to watch Elvis perform. He depicts the screams the real-life Presley famously evoked from his audience as a kind of spiritual ecstasy that overtakes the crowd one by one, like worshippers fainting at a revival.

The early portion of the film is also refreshingly frank about how much Elvis’ success came about because he was a white face who could add a bit of country flair to Black rhythm and blues music. (In one sharply observed satirical moment, the Colonel’s eyes practically bulge out of his head when he realizes he’s found a socially acceptable way to sell Black music to white audiences in segregated America.) Lurhmann — who previously co-created the hip-hop origin story series "The Get Down" — makes an earnest effort to highlight Elvis’ Black contemporaries, from famous musicians like B.B. King (Kelvin Harrison Jr.) and Little Richard (Alton Mason) to lesser known influences like Willie Mae "Big Mama" Thornton (Shonka Dukureh), Sister Rosetta Tharpe (Yola Quartey) and Arthur Crudup (Gary Clark Jr.). But it’s a throughline that passes too quickly as the overstuffed "Elvis" moves on to its next big idea about Presley’s career. 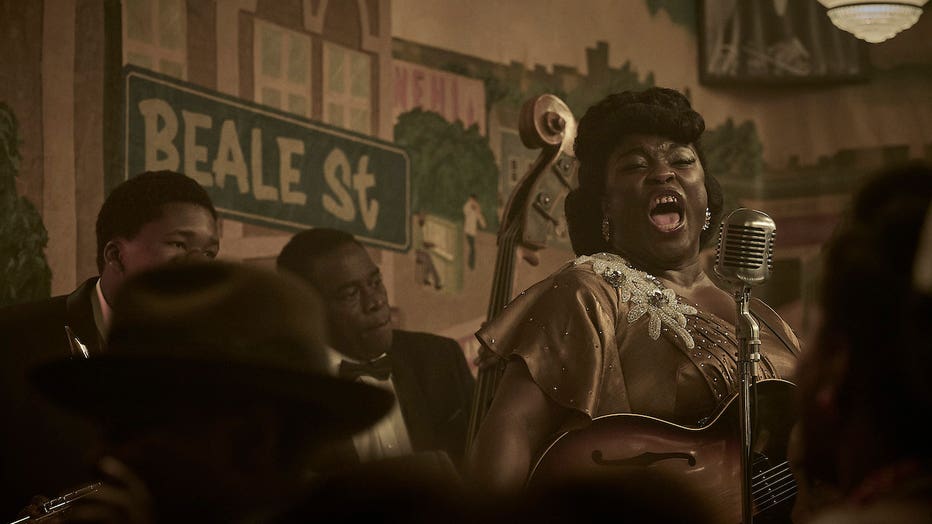 For better and often for worse, Lurhmann stakes his claim in breadth over depth. Still, that "more is more" approach is fitting for a movie that’s far more interested in exteriority than interiority. Lurhmann uses every cinematic device in the book to bring Elvis’ story to life — from 1940s comic book panels that represent Elvis’ childhood dreams to technicolor 1960s movie credits that cover his film career. And though "Elvis" has too much on its mind to really function as a cohesive story, what Lurhmann’s expansive, hyperactive approach lacks in unity, it makes up for in the director’s clear love of his central figure, which only seems to grow deeper the gaudier and more glittering Elvis’ jumpsuits become.

While Hanks’ performance feels unmoored amidst Luhrmann’s signature melodramatic excess, Butler knows just how to operate within it — somehow grounding the film and sending it soaring all at once. His version of Elvis is a god onstage and a himbo off it, yet equally compelling in both modes. It’s one of the performances of the year in a movie that’s often messy but seldom dull. Long live the King, indeed. 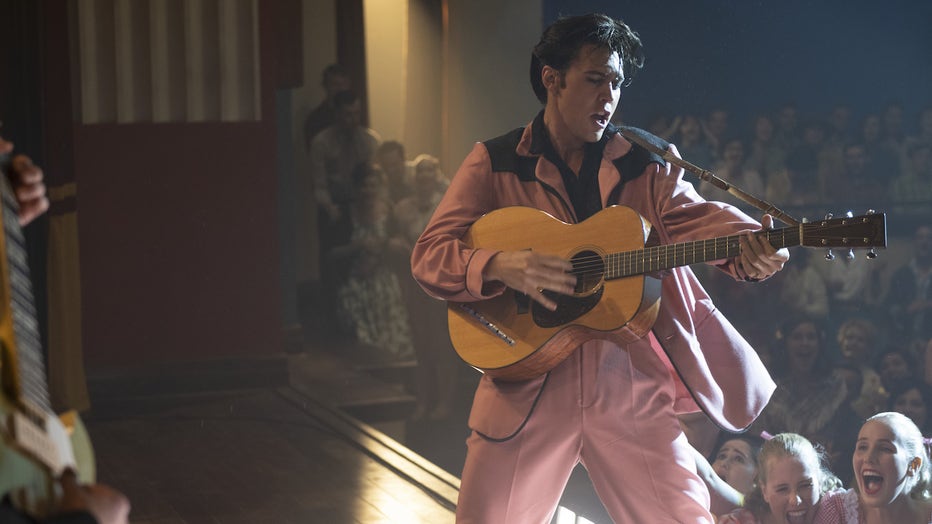 Make it a double feature with "Gone Before Her Time: When The Music Stopped ," streaming free on Tubi

Gone Before Her Time: When The Music Stopped (2022): This two-hour music documentary special celebrates the influences, controversies and legacies of four iconic female performers whose lives tragically ended at the peaks of their careers — vocalists so big, we only need their first names to conjure their music in our ears: Amy (Winehouse), Aaliyah (Dana Haughton), Left Eye (Lopes) and Selena (Quintanilla-Perez). "Gone Before Her Time" is a Tubi Original. Rated TV-14. 87 minutes. Documentary.

"Gone Before Her Time: When The Music Stopped" is streaming free on Tubi — get the app

How to watch "Elvis"

"Elvis" is currently available to rent or buy on VOD. It will be released on 4K Blu-ray, Blu-ray and DVD on Sept. 13.