CLEVELAND, Ohio - An older gorilla took over caring for a newborn gorilla at an Ohio zoo after the mom could not properly care for her baby.

Cleveland Metroparks Zoo on Thursday announced the birth of a male gorilla, saying it is the first gorilla born at the zoo in its 139-year history.

The western lowland gorilla was born the morning of October 26 to 23-year-old mother Nneka and 34-year-old father Mokolo, the zoo said.

But when Nneka did not show "appropriate maternal care" for her baby, zookeepers said the gorilla troop's eldest female, 47-year-old Fredrika, instinctively took over maternal care of the newborn. 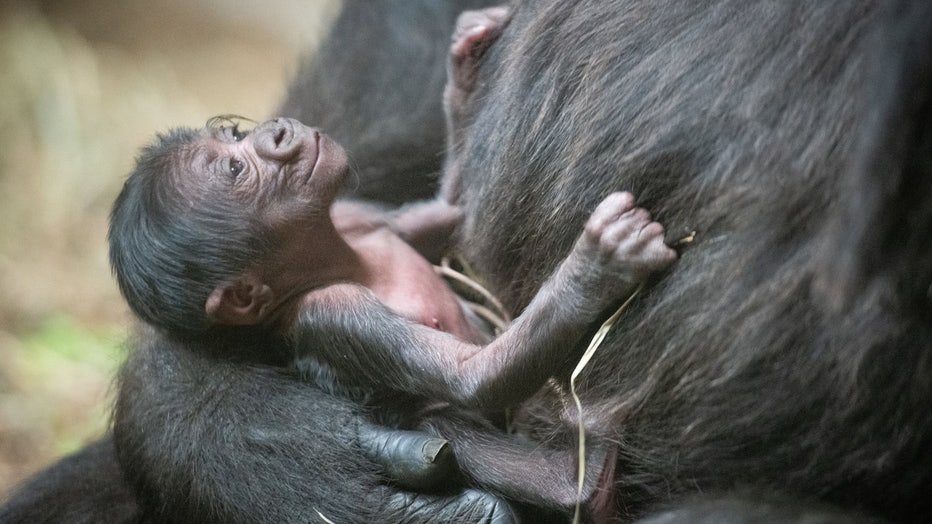 Freddy has herself raised four infants before, zookeepers said.

"Weighing approximately 3 lbs. at birth, newborn gorillas are in almost constant contact with their mother for the first six months and nurse for about three years," the zoo wrote.

RELATED: More elephants evolving to be tuskless after years of poaching, researchers say

Staff said that over the past several days, Fredrika, or "Freddy," has been bringing the newborn to be bottle-fed by the zoo's animal care team.

The baby has not yet been named, but the zoo said they will reveal a public naming opportunity in the coming weeks.