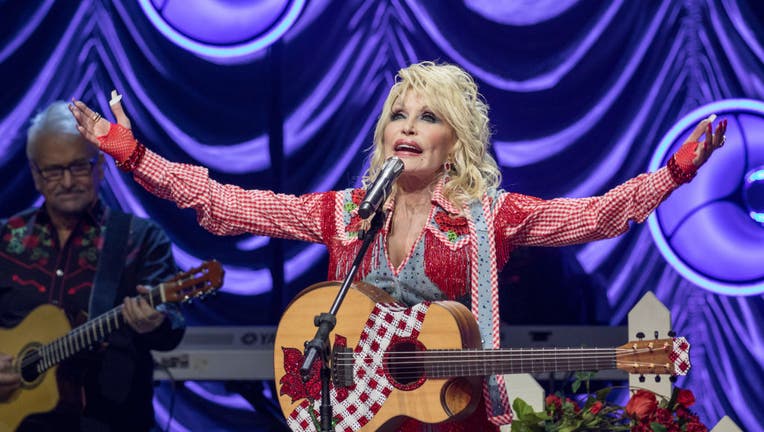 AUSTIN, TEXAS - MARCH 18: Singer-songwriter Dolly Parton performs onstage at "Dollyverse Powered By Blockchain Creative Labs on Eluv.io" during the 2022 SXSW Conference And Festival at ACL Live at The Moody Theater on March 18, 2022 in Austin, Texas.

Dolly Parton is still cranking out the tunes but has no plans to do so on the big stage anymore.

In a new interview with Pollstar, Parton boldly claimed, "I do not think I will ever tour again," before adding, "I’ll do special shows here and there, now and then. Maybe do a long weekend of shows, or just a few shows at a festival. But I have no intention of going on a full-blown tour anymore."

At 76 years old, the country legend is still churning out new music but wants to enjoy a simpler life with her husband, Carl Thomas Dean.

Speaking of touring, Parton says, "I’ve done that my whole life, and it takes so much time and energy. I like to stay a little closer to home with my husband. We’re getting older now, and I don’t want to be gone for four or five weeks at a time. Something could happen. I would not feel right about that, if I were gone and somebody needed me. Or I would feel bad if I had to leave a tour if somebody got sick at home and needed me and then I had to walk out on the fans."

Parton, who has been married to Dean since 1966, says her husband is who she is currently making new music for — in the form of a rock and roll album.

"When I got nominated for the Rock & Roll Hall of Fame, I thought, well, no better time to do it.' I had always wanted to do it. My husband is a big hard rock ’n’ roll fan, and for years I thought, 'One of these days I’d like to do an album mainly just for him, just to kind of do it.'"

Parton was honored and inducted into the Hall of Fame in May.

Although busy with new music, the musician is also hard at work for a Christmas "special" as she calls it, for NBC.

"It’s a show within a show.  What we’re doing is focused on the dramatic side. It’s showing all the things that go on while you’re putting together a show. All the arguments you have with the producers, all the problems you have with the artists, all the problems you have with scenery falling down and all the things that go on backstage, people having to cancel and reschedule real quick … I wouldn’t consider me acting, because I’m just totally myself in this. I’m just Dolly all the way, I’m not playing a character."

She also has a movie, "Run, Rose, Run" in the works with famed actress turned producer Reese Witherspoon, which is adapted from the novel she co-wrote with author James Patterson.