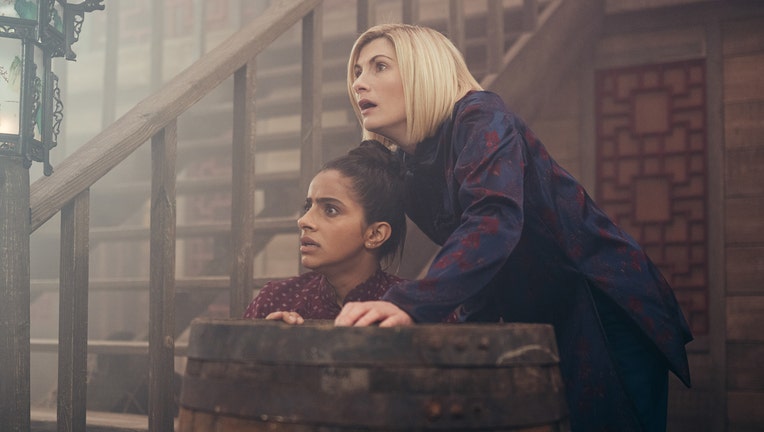 CHICAGO - There’s a big "Doctor Who" event on the horizon this fall: Jodie Whittaker will step down from her role as the Doctor just as showrunner Chris Chibnall hands over the reins to returning creator Russell T Davies. That means an end of one era, the start of another and the arrival of a new Doctor, just in time for the show’s 60th anniversary. But first, it’s time for a rather aimless pirate romp in 19th century China!

The Easter-day special "Legend of the Sea Devils" was reportedly a late addition to the line-up after the BBC decided it wanted an extra episode before the Thirteenth Doctor regenerates, and it very much feels like it. This largely standalone hour is ostensibly designed to be one last burst of fun before the dramatics to come. But beyond an intriguing setup and some great costume design, it too often falls prey to the weaknesses of Chibnall’s era of "Who" — flat characterizations, an over-reliance on exposition and a tendency to favor plot over emotion, all of which are magnified by the episode’s comparatively brief runtime. (It’s the shortest special of the modern era.)

"Legend of the Sea Devils" isn’t bad, exactly. It just lacks that sense of sparkle you want from a big holiday special.

A pirate’s life for me 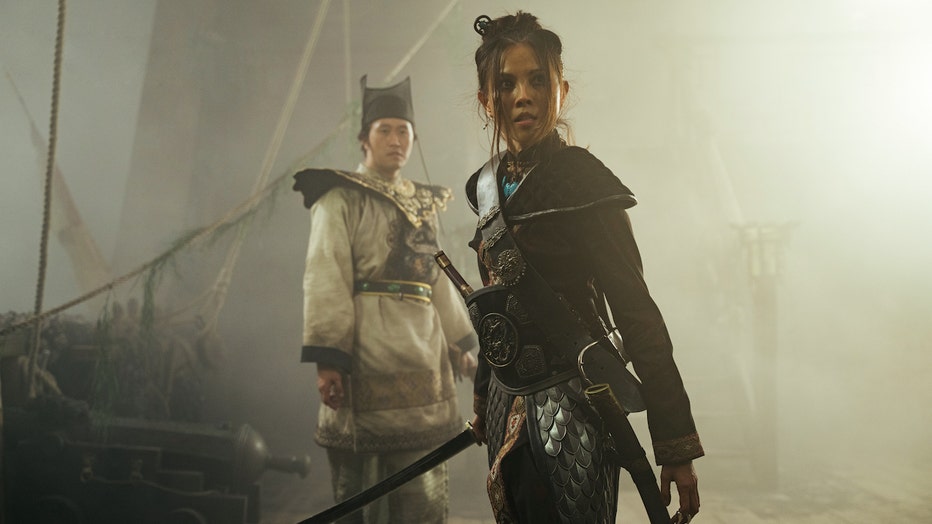 At least the setting is fun. Unlike a classic Caribbean-set pirate tale, "Legend of the Sea Devils" kicks off in 1807 China. There the Doctor and her companions Yaz (Mandip Gill) and Dan (John Bishop) encounter Madame Ching (Crystal Yu), a real-life woman who really was one of the most successful pirates in history. In a fun twist, the episode also folds in an earlier era of Chinese history as well, as a 16th century explorer named Ji-Hun (Arthur Lee) gets brought into the search for the sunken treasure of the Flora Del Mar.

Yet despite the winning actors playing them, these guest characters never quite spring to life like the best "Doctor Who" supporting players. (A young villager played by Marlowe Chan-Reeves is so incidental he might not even be there.) We hear about their tragic backstories without really feeling the emotions behind them. And choppy editing makes it hard to get swept up in the overlapping narratives at play.

The same can be said of this episode’s antagonists, the Sea Devils — an aquatic race who last made an appearance in a 1984 episode of the classic iteration of "Doctor Who." Like the Silurians, they’re creatures native to prehistoric Earth, and their retro, puppet-like design fits well with the kitschier side of "Who." But the episode doesn’t seem to have a real take on who the Sea Devils are or what they want, other than their generic villain plan to flood the Earth and reclaim it for themselves. 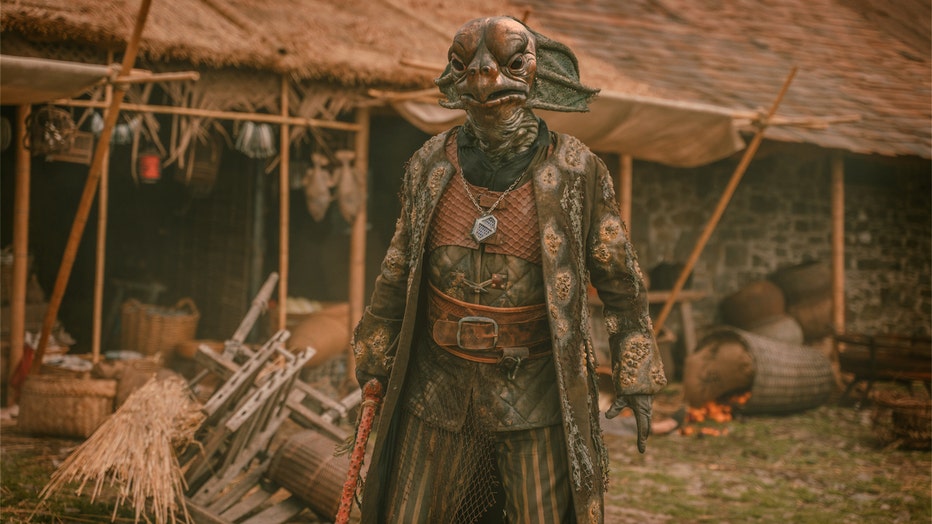 With little in the way of meaningful character work, the bulk of "Legend of the Sea Devils" is made up of technobabble exposition (get ready to reverse the polarities) and so-so swashbuckling sequences, enlivened only by the occasional cool visual idea (the TARDIS creating an oxygen bubble underwater) or goofy joke. ("No ship, Sherlock," the Doctor announces upon failing to find a shipwreck.)

Love is in the air — er, water

So what does work about "Legend of the Sea Devils"? Well, there’s some intriguing forward moment on the burgeoning love story between the Doctor and Yaz, the latter of whom only came to understand her own romantic feelings in the New Year’s Day special. It turns out the Doctor returns those feelings, at least to some extent. But as she tries to explain, you can’t exactly have a normal dating life when you’re an immortal alien (just ask her wife). 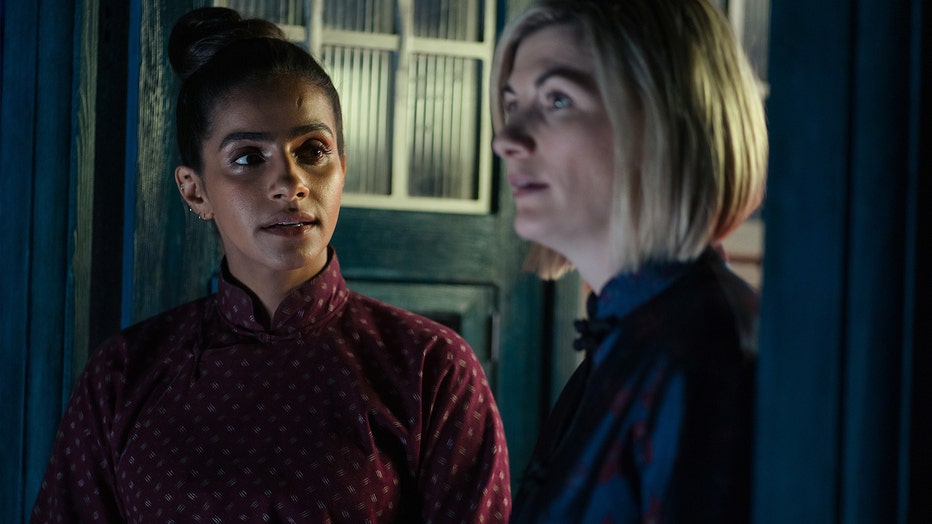 It’s a smartly observed bit of character building for this iteration of the Doctor, who has always blended childlike enthusiasm with empathetic humanity. Unlike the Tenth Doctor (David Tennant), who denied his feelings for Rose Tyler (Billie Piper), or the Eleventh Doctor (Matt Smith) who was thoroughly baffled by the advances of Amy Pond (Karen Gillan), the Thirteenth Doctor is refreshingly mature and straightforward when it comes to hashing things out with Yaz.

"Can we just live in the present? With what we have, while we still have it?" the Doctor asks, which leaves the door open for "Doctor Who" to return to this throughline in Whittaker and Gill’s final adventure.

Indeed, maybe the biggest problem with "Legend of the Sea Devils" isn’t anything it does but where it falls in the show’s line-up. Crammed into the middle of a season, it might have been a mildly entertaining, if underbaked episodic romp. As a lead-in to a regeneration special, however, it feels like more of a frustrating detour.

That’s probably why the most exciting thing about this episode (beyond Dan reconnecting with Diane and the Doctor shouting "Geronimo!) is the preview for that upcoming special: Daleks! Ashad the Lone Cyberman! Sacha Dhawan’s Master! Kate Stewart (Jemma Redgrave)! Vinder (Jacob Anderson)! Classic companions Tegan (Janet Fielding) and Ace (Sophie Aldred)! There’s all that and more to look forward to in an episode that will hopefully be a little more substantial than this one.

Paddington 2 (2018): With all due respect to the utterly charming original, "Paddington 2" just might take the cake in the "sequel is better than the original" debate. This time around, lovable Peruvian bear Paddington (Ben Whishaw) must square off against dastardly actor Phoenix Buchanan (Hugh Grant in a career-best performance) — not to mention reform the prison-industrial complex in the process. Director Paul King maintains the series’ whimsical, homespun feel while anchoring it around a new philosophy: "If we’re kind and polite, the world will be right." Rated PG. 103 minutes. Dir: Paul King. Also featuring Sally Hawkins, Hugh Bonneville, Julie Walters, Brendan Gleeson, Madeleine Harris, Samuel Joslin, Jim Broadbent, Peter Capaldi, Michael Gambon, Imelda Staunton.

Sense and Sensibility (1995): Other than William Shakespeare, there’s no one more influential on the modern day romantic comedy genre than Jane Austen. And the early 19th century novelist gets one of her best-ever adaptations in this winning romance from director Ang Lee and writer/star Emma Thompson. With its classic story of polar opposite sisters — the reserved, responsible Elinor (Thompson) and the expressive, emotional Marianne (Kate Winslet) — "Sense and Sensibility" basically delivers two rom-com storylines in one. So whether your dream is to hit it off with a charmingly humble Hugh Grant or get stuck in a dramatic love triangle with Greg Wise and Alan Rickman, there’s something for everyone here. Rated PG-13. 136 minutes. Dir: Ang Lee.

Mary Berry’s Absolute Favorites (2014): "Great British Bake-Off" icon Mary Berry cooks up comfort food in her cozy kitchen, casually coaxing curious cooks into concocting Berry’s favorite recipes. (No, we will not apologize for any of that alliteration.) One season, eight episodes.