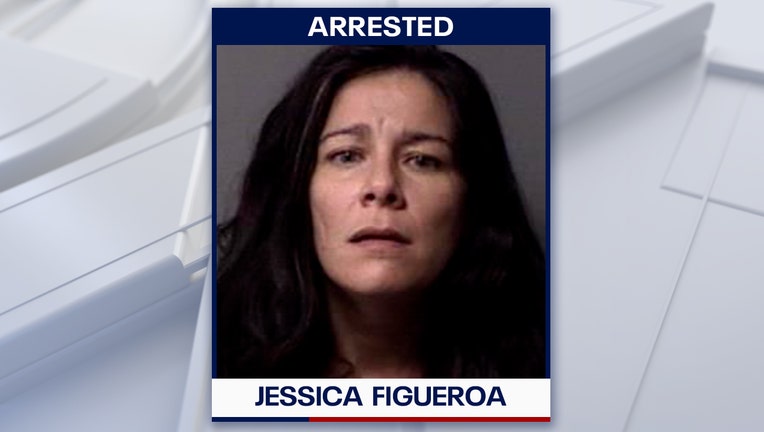 INVERNESS, Fla. - A Florida woman is now charged with killing a 3-month-old baby, who died days after deputies say she hit him multiple times in the head and face.

The Citrus County Sheriff's Office responded to a call about a verbal disturbance on Monday, Sept. 28. When deputies arrived at the scene, they found 3-month-old David Figueroa-Philip with multiple bruises and swelling on the face and head. The sheriff's office said the baby was breathing, but not alert or responsive.

Jessica Figueroa, 36, initially claimed the baby had been injured in a fall. But after medical staff determined the trauma was abusive in nature, the sheriff's office said she admitted to deputies that she hit the baby numerous times throughout the weekend.

The infant was immediately airlifted to the hospital, but died four days later due to his traumatic injuries, investigators said.

"Medical staff worked tirelessly to try and stabilize David for several days," the sheriff's office said. "Unfortunately, the injuries he sustained at the hands of Figueroa were too severe and he tragically passed away."

During an interview with detectives, Figueroa admitted to hitting the infant multiple times in the head and face, but claimed she had lapses in memory of the past weekend.

The sheriff's office said Figueroa also admitted that she had noticed the baby was having medical issues and did not seek treatment.

RELATED: 4 arrested after infant dies due to methamphetamine toxicity in Citrus County

Deputies arrested Figueroa for aggravated child abuse and child neglect. After the 3-month-old boy died, the sheriff's office added a charge of aggravated manslaughter of a child.

"May this child rest in peace and may the judge presiding over this case show no mercy towards Figueroa and the brutal harm she inflicted upon this defenseless victim," sheriff Mike Prendergast said in a statement.

Figueroa's relationship to the infant was not released.

Child abuse can be reported by calling the Florida Department of Children and Families at 1-800-962-2873.