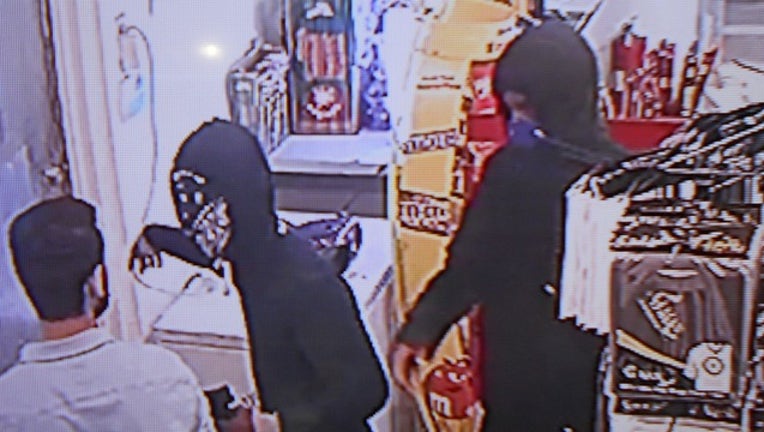 According to deputies, this happened around 4:35 a.m. at the BP gas station on Derbyshire Road. One of the suspects reportedly held a gun to the clerk's neck, pushed him toward the back of the store where the cash register and his accomplice stole money.

Deputies say less than 30 minutes later, another armed robbery occurred a few miles away at the Stop & Save on Mason Ave.

The suspects match the descriptions in both robberies.

Anyone with information about these robberies is urged to call the VCSO non-emergency number: (386) 248-1777. Or, to remain anonymous, call Crime Stoppers of Northeast Florida at 1-888-277-8477 (TIPS) and you could receive a cash reward.