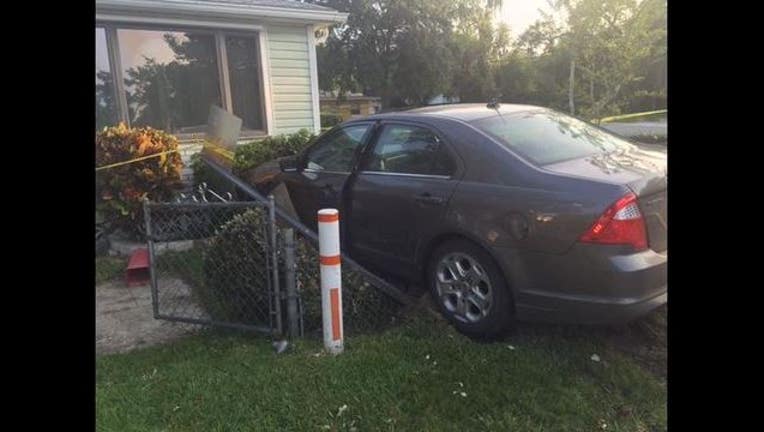 Deputies said the incident happened around 6:40 a.m.,Saturday,  at the Kangaroo Express at 2123 East International Speedway Blvd. in Deland.

The victim stepped out of his car for a moment when he saw a man jump into the driver's seat.  The victim ran back to his car and struggled with the man in an attempt to regain control of his car, deputies said.

The man forced the victim out of his car, put it in gear and drove off, dragging the victim through the parking lot.  The victim suffered minor injuries, deputies said.

The victim told Fox 35 he had just gotten off work and was getting change inside the store when the carjacking happened.

A short time later, a deputy spotted the driver, who was speeding down International Speedway Boulevard, and was able to deploy stop sticks, officials said.

The driver continued to flee before crashing into the front yard and hitting a home at 626 May St. in Daytona Beach.

Deputies said the driver took off running, but was caught around 7:30 a.m. off Pleasant Street.

Volusia County deputies are continuing their investigation and it is believed another car dropped off the man before he carjacked the victim.