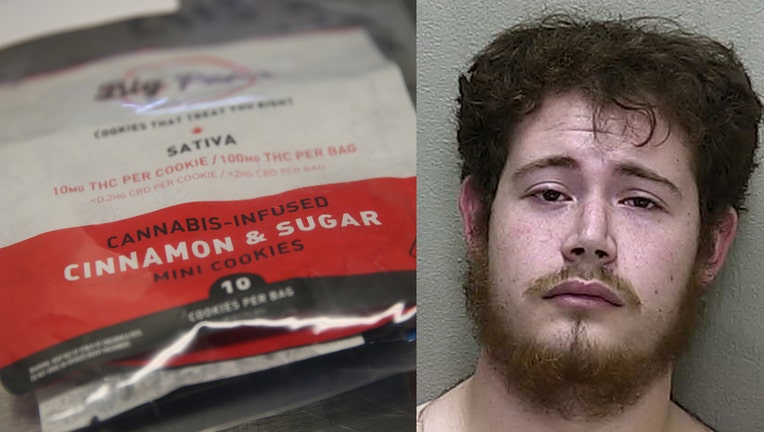 BELLEVIEW, Fla. - A Belleview man was arrested Monday after a vehicle pursuit when deputies found over 100 grams of illegal edible THC substances and psychedelics, according to the Marion County Sheriff’s Office.

Officials said that deputies tried to pull over Kenneth Maxwell Kennedy, 22, for failing failed to stop at a stop sign. However, he continued to drive at a high speed and went on to hit a Marion County sheriff deputy's patrol car.

Kennedy was arrested and charged with fleeing and eluding, possession of THC, LSD, mushrooms and other possession charges before posting an $11,000 surety bond. 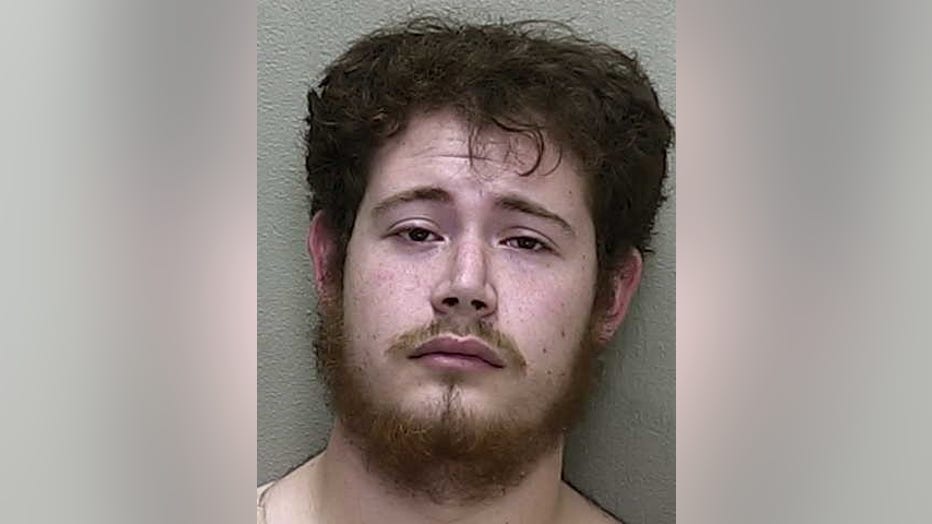