17 pets rescued from back of U-Haul

Two people have been arrested after Flagler County deputies say they had 17 animals suffering in the back of a U-Haul truck.

FLAGLER COUNTY, Fla. - Two people are under arrest after police rescued 17 cats and dogs from the back of their U-Haul. A Good Samaritan heard the dogs whining in pain and called the police.

Police body camera footage shows dogs and young puppies with matted hair panting heavily in the back of the truck.

Jason Donellan-Sparks, 29, told the deputy he and Shawna Doud, 23, were moving from Tennessee with their 13 dogs and four cats.

Two people have been arrested after Flagler County deputies say they had 17 animals suffering in the back of a U-Haul truck. 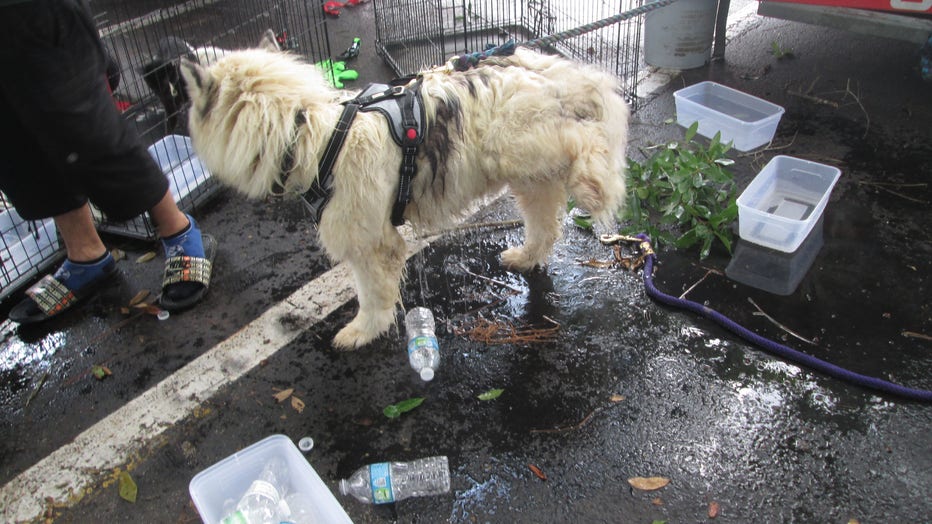 Deputies say the animals had no food or water and were covered in feces in the back of the truck they described as feeling like a sauna.

A Good Samaritan, Anthony Duncan, was heading into the Harbor Freight Tools in Palm Coast when he saw the owners spraying down the animals with water.

"They opened the back and I heard the dogs yelling and screaming," said Duncan on a deputy body camera. "They were panicking. The dogs were panicking."

The deputy, Duncan, and the defendants helped pull the dehydrated cats and dogs from the truck and get them water and some AC.

"I didn’t think this through I’m sorry," said Sparks.

Sheriff Staley was baffled by the actions of the defendants who claim to be animal lovers. All of the pets have been signed over to the Flagler County Human Society. They say all the cats and dogs are all doing very well. Once they are spayed and neutered they will be ready for adoption.

"My wife and I are thinking about adopting one of them," said Staly.

Animal control believes if it wasn’t for the Good Samaritan, the animals would have died.

Sparks and Doud were both charged with animal cruelty and had their bond set at $5,000.