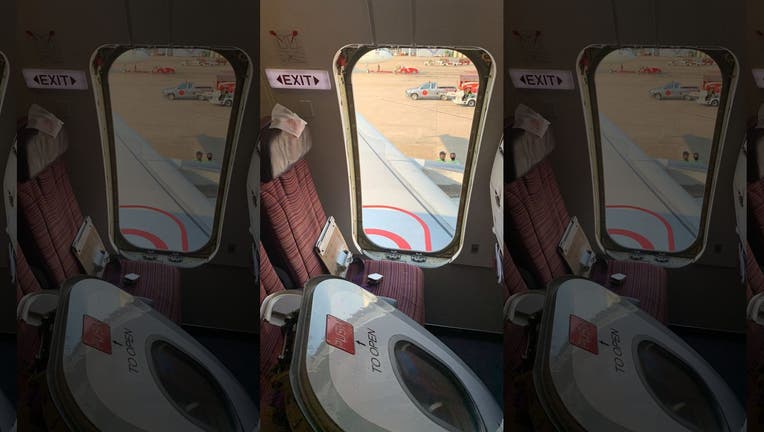 A spokesperson for Thai Smile Airways has apologized after a “crazed” passenger, who was reportedly drunk when he ripped an emergency exit door open just moments before takeoff. (ViralPress)

FOX NEWS - A spokesperson for Thai Smile Airways has apologized after a “crazed” passenger, who was reportedly drunk, ripped an emergency exit door open just moments before takeoff.

On Thursday, a domestic Thai Smile flight WE169 from Chiang Mai, Thailand, to Bangkok, was preparing to taxi when an unnamed male passenger exploded in a bizarre outburst and pulled an emergency exit door open.

The sudden incident caused the Airbus A320’s inflatable slide to deploy on the tarmac, as 86 horrified passengers “screamed” in confusion, according to the Daily Mirror. The offender was quickly pinned down by aviation officials, removed from the plane and detained.

Local media described the man as a “crazed foreigner” who was “allegedly intoxicated,” per the Mirror. His door-destroying stunt is said to have caused over $19,700 in damage.

Though flight WE169 was scheduled to depart at 3:40 p.m., the incident delayed takeoff by about an hour and twenty minutes, The Sun reports, as officials investigated and safely closed the emergency exit door. 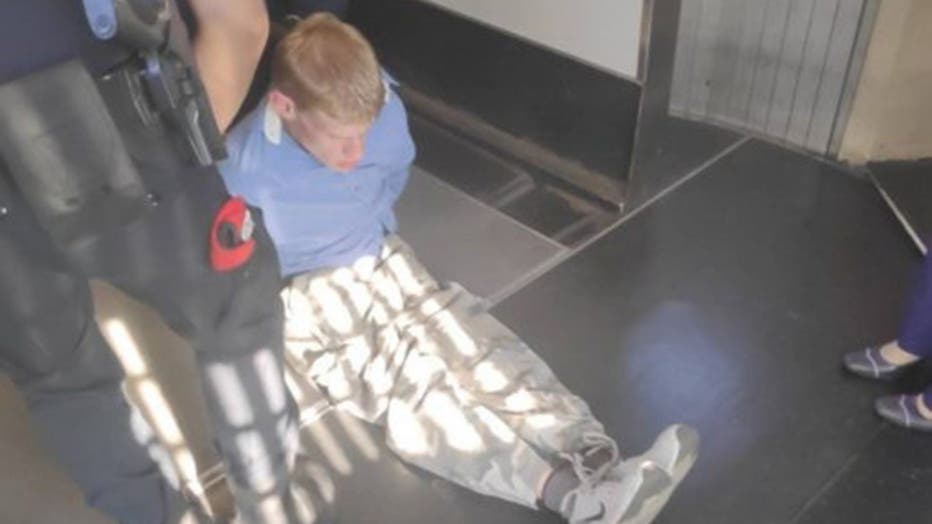 The offender, pictured, was quickly pinned down by aviation officials, removed from the plane and detained. (ViralPress)

One witness lamented that the “drunk” man’s odd outburst caused “a lot of drama and a delay.”

On behalf of Thai Smile, a subsidiary of Thai Airways, a spokesperson for the parent company apologized for the unexpected turn of events.

"A foreign male passenger ran to open the emergency exit door next to the left wing of the plane. The incident caused the emergency door to be opened entirely and an emergency slide unfolded,” the spokesperson continued.

"The captain immediately suspended the flight and notified ground officials and security personnel to control the incident. The foreign man was detained, but it is not yet clear what his motivation was to do this."

A rep for Thai Airways was not immediately available to offer further comment on the incident.