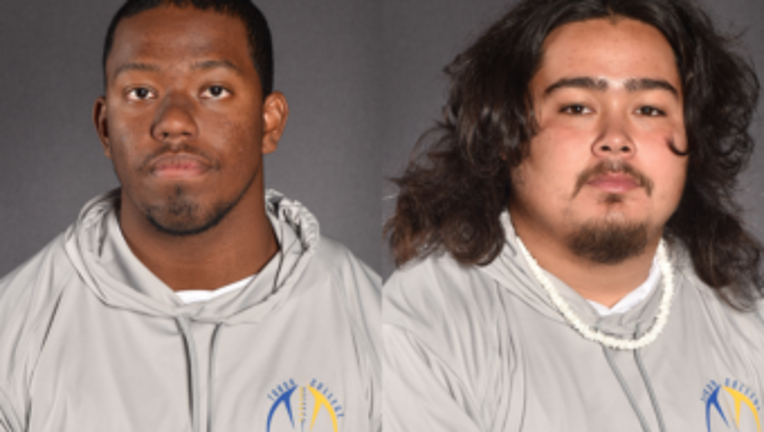 The single-car crash happened just before 4 a.m. Sunday on a rural road south of Hillsboro, the Kansas Highway Patrol said.

A third Tabor football player, Jonathan Medina, was taken to a Wichita hospital with serious injuries.

"The Tabor College community is devastated by the tragic loss," President David Janzen said. "We extend our prayers to the Castillo, Aviles and Medina families, asking for comfort, peace, and God’s presence during this unimaginable time."

Castillo, a senior, was a linebacker who previously attended Orange Coast College, according to the team roster. Aviles, a junior, was a running back who transferred from Allan Hancock College.

The Kansas Highway Patrol said Medina was driving when the vehicle went off an embankment at a county road and rolled.

Tabor is a private Christian university in Hillsboro, about 60 miles (96.56 kilometers) north of Wichita.