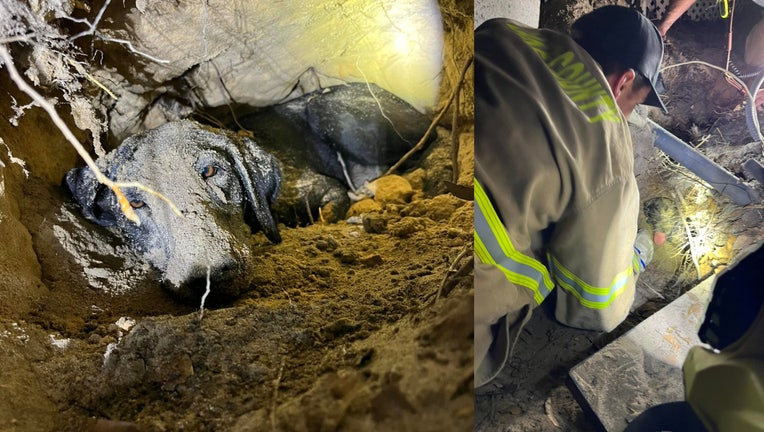 LAKE COUNTY, Fla. - Firefighters in Central Florida rescued a dog over the weekend that had been trapped underground and tangled in roots for several hours.

Lake County Fire and Rescue responded to the scene after a resident called for help for a dog named Fia.

Crews Engine 111 and Engine 91 of the fire station in Mascotte removed the pup and reunited her with her family.