Two men were in custody Monday after getting into a fight with Target security guards earlier this month in Van Nuys for refusing to wear a facial covering, officials said.

LOS ANGELES - Two men, who refused to wear a facial covering, have been arrested after getting in a fight with security guards at a Target in Van Nuys earlier this month, the Los Angeles Police Department said Monday.

FOX 11 was first to obtain surveillance footage provided by the LAPD of the fight that occurred May 1 at a Target store located in the 5700 block of Sepulveda Boulevard.

Security cameras captured the moment three security guards escorted two men out of the store for refusing to wear a face covering. As they were being escorted out, one of the suspects turned around, shoved one of the guards, and hit him the face.

A second security guard intervened when a fight broke out and two of the guards were knocked down to the ground.

An innocent patron also attempted to stop the fight and both men got away.

One of the victims is recovering at a local hospital and suffered a broken arm, police said.

The two suspects, later identified as Phillip Hamilton, 31, and Paul Hamilton, 29, were arrested later that day for felony battery.

“This is the fourth incident in Van Nuys where we have people confront people not wearing a mask,” LAPD Lt. Jim Gavin said.

Customers at essential businesses are required to wear face coverings that cover their face and mouth under Los Angeles Mayor Eric Garcetti’s Safer at Home order. 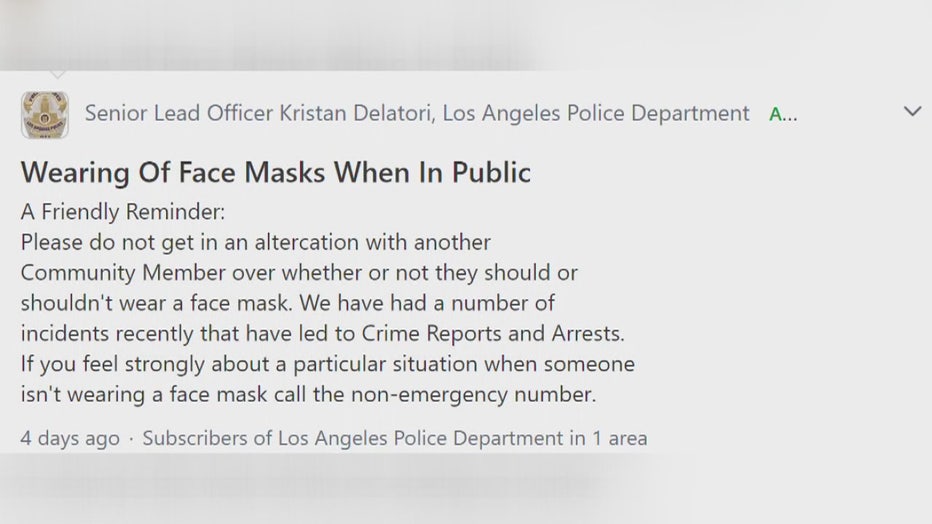 Businesses can refuse services to anyone who does not abide by the emergency mandate.

"At Target, the safety and security of our guests and team members is our top priority. On May 1, an unfortunate altercation occurred following a request from our team members that two guests at our Van Nuys store comply with the city order to wear face coverings while shopping. The incident resulted in the arrest of the individuals by the Los Angeles Police Department. We’re grateful for the support of local police and we’ll provide any information that can be helpful to their investigation."