CAIR says a man arrested for attacking a Muslim man, should be charged with a hate crime, after he's had a history of racial incident arrests.

ORLANDO, Fla. - CAIR says a man arrested for attacking a Muslim man, should be charged with a hate crime, after he's had a history of racial incident arrests.

72-year-old Victor Dubauskas is in jail on battery and assault charges, after he is seen pouring a beer over Ghulam Shareef’s head, then throwing a bottle at him.  Reports state he also threatened to kill his friends. But according to the Counsel of American-Islamic Relations it was more than just a fight. Attorney Omar Saleh says it’s a hate crime.  "He was threatening to shoot up the place of worship, the Mosque." 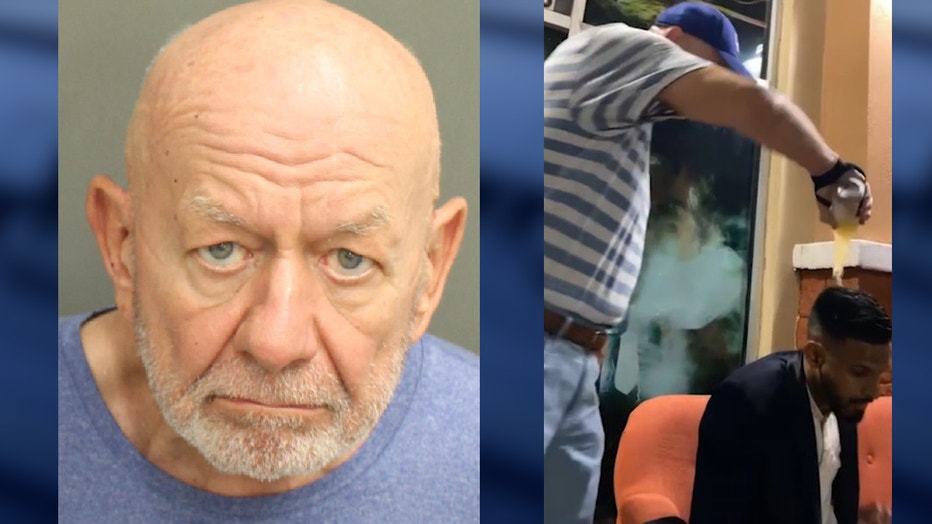 Victor Dubauskas, who is charged with assault and battery after throwing a beer bottle in the direction of a Muslim man and threatening to kill a group of people, according to deputies. [Photo via Orange County Sheriff's Office.]

Saleh says they’ve alerted the Mosque where Shareef, who is Muslim attends and have also asked the State Attorney’s office to increase the offense to a hate crime. It’s not the first time Dubauskas has been arrested for racially motivated crimes in Orange County. "At the very same location he was arrested in a similar racially motivated altercation."

Back in 2020 reports state, Dubauskas was drunk when authorities arrested him for battery after calling someone at a restaurant, a Palestinian terrorist and trying to hit customers. And in 2015, reports state, he made a racial slur towards a black man. Deputies say he also make sexual and anti law enforcement comments.

This latest attack happened last week, during the holy month of Ramadan. "Mr Shareef is assaulted, he had beer poured on him which is extremely offensive to Muslims." Saleh says Dubauskas is a realtor and should know how to respect others. "Realtors do have ethical obligations and respecting races and not hurling racial slurs is one of them. We ask that any administrative board that handles licenses look into it as well." He hopes it will prevent other attacks, like the one on Shareef, "I was shocked. I was disheartened. It’s never happened to me." Dubauskas told a judge he's not guilty.