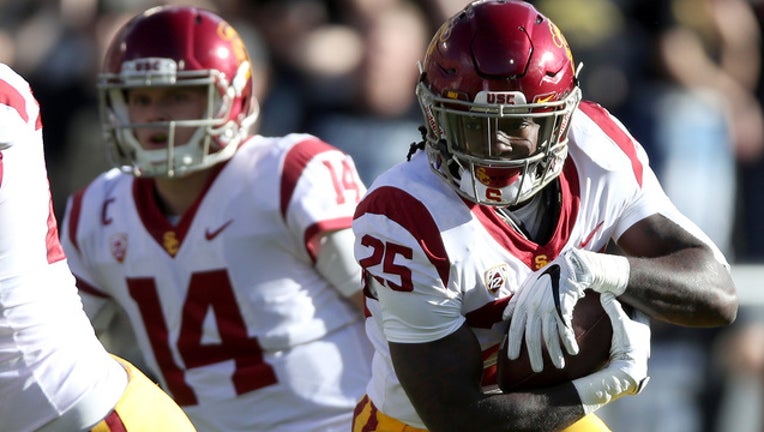 BOULDER, CO - NOVEMBER 11: Ronald Jones II #25 of the USC Trojans carries the ball against the Colorado Buffaloes at Folsom Field on November 11, 2017 in Boulder, Colorado. (Photo by Matthew Stockman/Getty Images)

TAMPA, Fla. (AP) - The Tampa Bay Buccaneers turned to offense with their first pick in the second round, taking USC running back Ronald Jones II.

Finding a running back capable of easing the burden on quarterback Jameis Winston to carry the offense was a priority addressed by Jones' selection with the 38th overall pick Friday night.

Jones rushed for 1,550 yards and 19 touchdown for USC last season. He averaged 6.1 yards per carry and scored 39 rushing TDs during his three years with the Trojans.