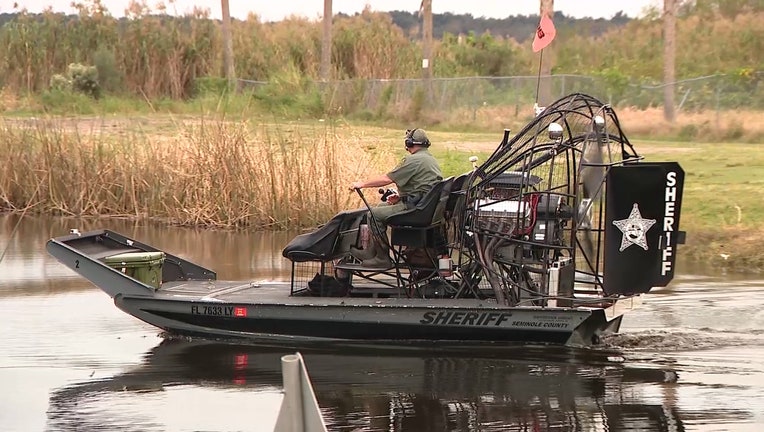 SANFORD, Fla. - Seminole County sheriff’s deputies and rescue crews on Monday discovered the body of a man believed to that be a missing kayaker.

Just after 7:30 a.m., on Friday, a fisherman reported an empty kayak and oar floating in the water near Lake Jesup Park, located on the northwest side of the lake.  Detectives spent the weekend searching area residences, parks, and boat ramps for more clues.   A body was spotted by a helicopter crew just before 10 a.m. on Monday.

"Detectives have reason to believe this is the kayaker whose craft was discovered floating near Lake Jesup Park early Friday," said Seminole County Sheriff's Office spokesman Bob Kealing. "The body is that of an unidentified white male with a goatee, and reddish-brown, close-shaven hair. The subject is around five-feet-eight inches tall weighing 180-200 pounds."

Foul play is not suspected, Keating added. An autopsy will be conducted on Wednesday.