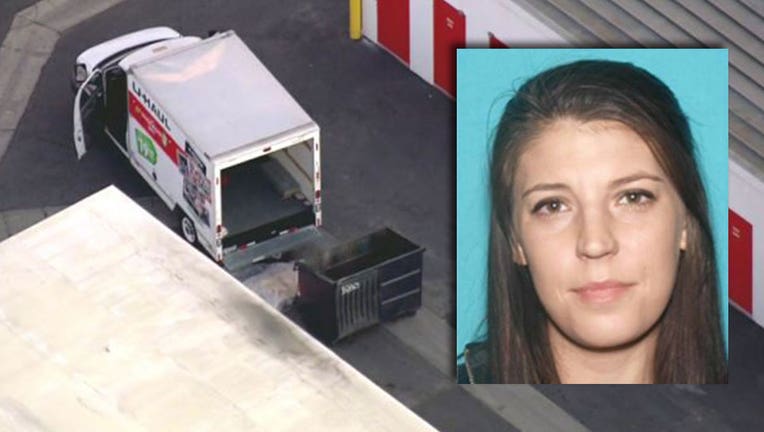 FULLERTON, Calif. - Authorities Friday identified a body that was discovered wrapped in plastic and cardboard inside a U-Haul truck at a storage facility in Fullerton as a 29-year-old woman from Anaheim.

The body of Ashley Manning was found Wednesday in a U-Haul truck that was reportedly abandoned at a storage facility on E. Orangethorpe Avenue.

Anaheim Police said that the truck was rented in Anaheim but never returned.

Employees of the U-Haul Moving and Storage Facility discovered the body after they brought the truck to their facility in Fullerton for inventory.

According to a Facebook post by Manning's sister, the 29-year-old flew from Dallas to Los Angeles International Airport Nov. 13, but was never seen again.

“We have confirmation that she made it to LAX and are working with police to pull video footage to see what car she got into (and) run license plates,” Taylor Manning wrote.

Prior to her disappearance, Manning had been staying in the Anaheim area with friends, Anaheim police Sgt. Shane Carringer said.

The cause of her death is pending based on toxicology reports.