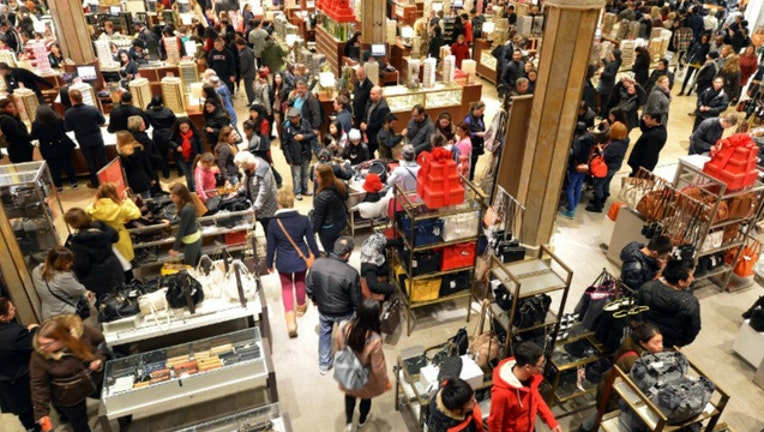 Serious deal-seekers are already planning their Thanksgiving weekend shopping, and experts believe that once again the holiday itself may offer better deals than Black Friday the day afterward.

Amid the clutter of deals clamoring for attention, smart and careful shoppers can come out ahead. Many stores are increasing their inventory so as not to frustrate shoppers. Wal-Mart Stores Inc. is increasing the number of products for online orders by 50 percent for the holiday kickoff compared to a year ago.

Here are four ways to get the most out of Black Friday weekend — and beyond.

STUDY UP: Make a comprehensive list of what you plan to buy, research what those items usually sell for at full price and on sale, and figure out how much you want to spend.

Also check out store flyers from previous years online, since many retailers repeat the same deals at the same price. Eighty percent of the products and 43 percent of the prices highlighted on the front pages of the 2015 and 2014 Black Friday flyers of Best Buy, Macy's, Target, Kohl's, Walmart and J.C. Penney were the same, says Market Track LLC, a price tracking firm.

Make sure to note at what times different stores plan to start their Black Friday deals — both online and at the store. For example, J.C. Penney is making its deals available on its website on the Wednesday before Thanksgiving for the first time. It will open its doors on Thanksgiving at 3 p.m., the same time as last year. Kohl's offered last Thursday a subset of the Black Friday deals that will be available for Thanksgiving, when it opens its doors at 6 p.m. For the first time, it will offer "doorbusters" online starting on Thanksgiving while supplies last. In the past, doorbusters were only at the store.

Target says that starting this Wednesday through this Thursday, its Black Friday early access sale will allow customers to shop a selection of Black Friday deals on its website; new this year, shoppers can get them in all stores via its Cartwheel savings app.

LOOK AT THE WHOLE SEASON: Retailers have been starting to spread their offers out, with some starting well before Thanksgiving and Black Friday. Earlier this month, Wal-Mart and Amazon.com both kicked off holiday deals on thousands of items.

Still, there's a good chance you can get a better deal on Thanksgiving for certain items. DealNews.com says 38 percent of the specials pushed on the holiday were what the site considered top deals, compared to only 31 percent for Black Friday.

But not every deal is the best on Thanksgiving. DealNews.com says it's likely better to buy cameras, TVs, tablets and major appliances on Thanksgiving, and tools on Black Friday. On the Monday after Thanksgiving, known as Cyber Monday, is also a good day for shoppers to get deep discounts on clothing and laptops.

Traci Gregorski, senior vice president of marketing at Market Track, says that Monday is also a good time to buy laptops, small appliances and toys and games, based on an analysis of more than 1,400 listings across Amazon, Best Buy, Kmart, Sears, Target and Wal-Mart.

"It's to the shoppers' benefit to do their homework to ensure they are getting the best deal," Gregorski said.

USE APPS AND REWARDS: Strategize how to leverage the store rewards points you already have or holiday bonus offers. Look for the apps that work well for you. For example, Flipp recreates the traditional print flyer experience so you don't have to sift through all the weekly store flyers — and not just on Black Friday. DealNews Black Friday keeps track of specials throughout the holiday season too.

Plenty of retailer apps offer customers special discounts. Customers who use the Staples app will have gotten a sneak peek of the Black Friday deals, which started Sunday, and will be able to see the latest specials throughout the season.

And Wal-Mart is making its Black Friday circular available starting this Thursday through its app.

THINK PAST THE HOLIDAYS: If you don't need items by the holiday — or aren't seeing some friends and relatives until afterward, shoppers might do better waiting to buy toys and clothing like sweaters and coats until the end of the season. That lets them take advantage of clearance sales, says Glaser. For clothing, discounts are on average of 40 percent over the Thanksgiving weekend, but at the end of the season, they go to 70 percent.