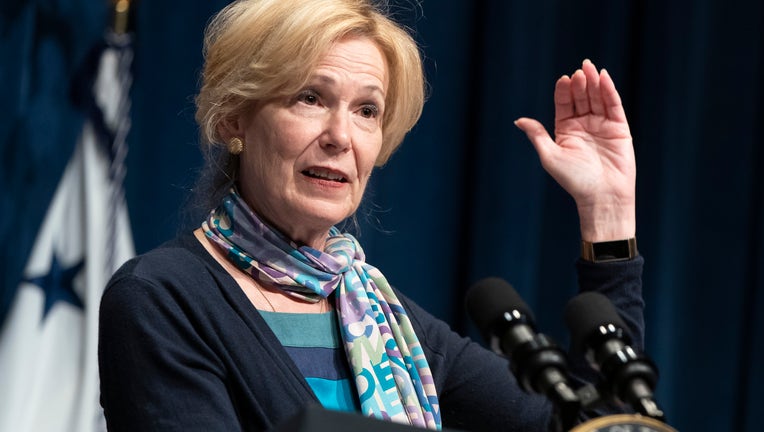 Dr. Deborah Birx revealed that she had a "very uncomfortable" and "very difficult" phone conversation with former President Donald Trump after she spoke out about the COVID-19 spread last August.

Birx, who detailed her feelings in a CNN documentary, "COVID WAR: The Pandemic Doctors Speak Out," served under Trump’s White House Coronavirus Task Force while he was in office.

"I knew I was being watched," Birx said in a released clip from the network Sunday. " Everybody inside was waiting for me to make a misstep so I guess they could remove me from the task force."

Birx then said Trump called her after her August appearance.

"Well, I think you've heard other conversations that people have posted with the president," she continued. "I would say it was even more direct than what people have heard. It was very uncomfortable, very direct and very difficult to hear."

According to data from Johns Hopkins, more than 30.2 million Americans have contracted the coronavirus since the pandemic started more than a year ago. More than 549,000 Americans have died since then as well.

Birx retired from the task force after coming under fire for traveling over the Thanksgiving holiday weekend as the Centers for Disease Control and Prevention urged Americans to forgo holiday travel.

Birx acknowledged in a statement that she went to her Delaware property and was accompanied by family members. She insisted the purpose of the roughly 50-hour visit was to deal with the winterization of the property before a potential sale — something she says she previously hadn’t had time to do because of her busy schedule.

"I did not go to Delaware for the purpose of celebrating Thanksgiving," Birx said in her statement, adding that her family shared a meal together while in Delaware.

Birx said that everyone on her Delaware trip belonged to her "immediate household," even as she acknowledged that the people who came live in two different homes.

She came to the White House coronavirus task force with a sterling reputation. A public servant since the Reagan administration, Birx has served as a U.S. Army physician and globally recognized AIDS researcher. She was pulled away from her ambassadorial post as the U.S. global AIDS coordinator to help the task force in late February.

Birx, however, has faced criticism from public health experts and Democratic lawmakers for not speaking out forcefully against Trump when he contradicted advice from medical advisers and scientists about how to fight the virus.