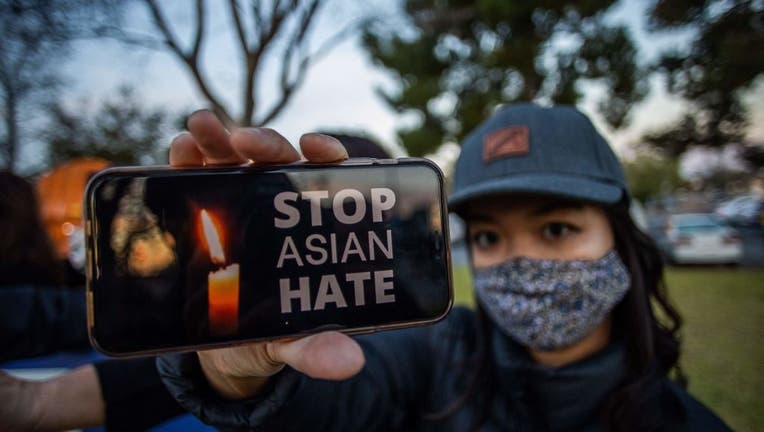 A woman holds her phone during a candlelight vigil in Garden Grove, California, on March 17, 2021 to unite against the recent spate of violence targeting Asians and to express grief and outrage over a shooting that left eight people dead in Atlanta,

NEW YORK - Asian-Americans experienced the largest single rise in severe online hate and harassment year-over-year in comparison to other groups, according to a new survey released on Wednesday by the Anti-Defamation League.

The ADL found that 17% experienced sexual harassment, stalking, physical threats, swatting, doxing or sustained harassment this year compared to 11% last year, according to a new survey released on Wednesday by the Anti-Defamation League.

Half of the Asian-American respondents who were harassed reported that the harassment was because of their race or ethnicity.

A separate study published in the American Journal of Public Health this month, researchers found that social media posts using hashtags such as #Chinesevirus or #Chinaflu corresponded to greater anti-Asian sentiment than posts with hashtags #coronavirus or #COVID19 which are the official scientific names for the pandemic virus and disease.

"This survey shows that even as technology companies insist that they are taking unprecedented steps to moderate hateful content on their social media platforms, the user experience hasn’t changed all that much. Americans of many different backgrounds continue to experience online hate and harassment at levels that are totally unacceptable," ADL CEO Jonathan A. Greenblatt said in a statement. "And not surprisingly, after a year where national figures including the president himself routinely scapegoated China and Chinese people for spreading the coronavirus, Asian-Americans experienced heightened levels of harassment online, just as they did offline."

But they weren't the only group to be attacked.

The survey also found a sharp rise in online harassment of African-Americans based on race, from 42% attributing harassment to race last year to 59% in this year’s ADL survey.

This follows a year where the deaths of George Floyd, Breonna Taylor and other Black people by police officers sparked a wave of massive racial justice protests, the ADL noted.

The findings come in a year when technology companies have been attempting to step up enforcement on their platforms to tamp down online hate and harassment by instituting new policies and taking action against bad actors, the ADL noted. American adults who were harassed indicated they experienced the most harassment on Facebook (75%), followed by Twitter (24%), Instagram (24%) and YouTube (21%), the survey found.

Overall, 41% of Americans reported having experienced some form of online hate and harassment in this year’s survey. The survey found that 33% of respondents attributed their harassment to an identity characteristic, which was defined as their sexual orientation, religion, race or ethnicity, gender identity, or disability. Twenty-eight percent of respondents who were harassed reported being targeted because of their race or ethnicity.

Additional findings from the survey include:

In response to these serious issues, ADL is announcing the REPAIR Plan to hold platforms and individual perpetrators accountable for enabling online hate and extremism. The plan hopes to hold social media platforms responsible for being transparent about the function and impact of algorithms and engagement features that amplify hate, disinformation and extremism.

Hate-filled acts against Asian-Americans have been happening in real life, too.

In an analysis by the Center for the Study of Hate and Extremism at Cal State University San Bernardino, the anti-Asian-American hate crimes reported to police across the country in big cities have skyrocketed in the last year.

Center for the Study of Hate and Extremism Professor Director Brian Levin said there are many reasons for the rise in this animosity, stemming from former President Trump's negative association of the coronavirus with the "Chinese flu" and the fallout from that as well as pent-up frustrations after a year of pandemic living and the desire to find a scapegoat.

He also said there is an element of copycat crimes, where perpetrators desire the sensational publicity about the violent attacks to result in more of the same through imitation. 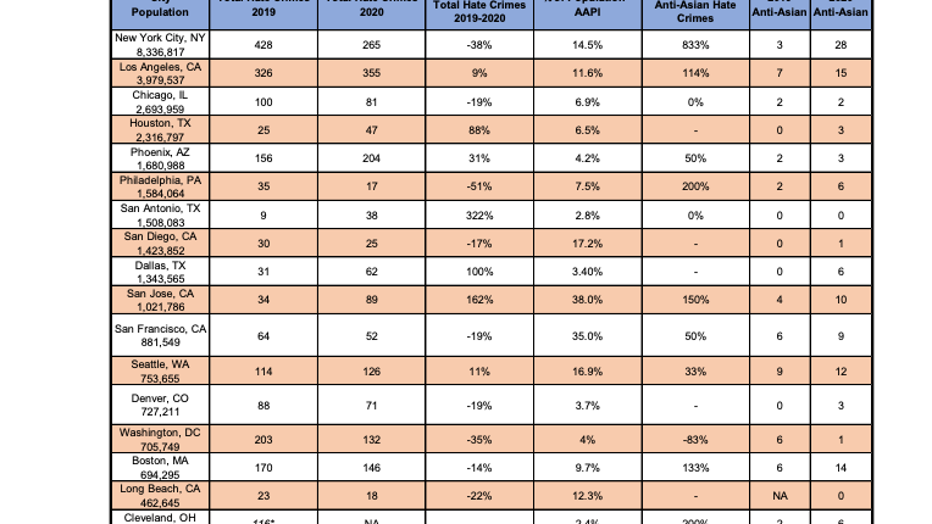 This story was reported in Oakland, Calif.