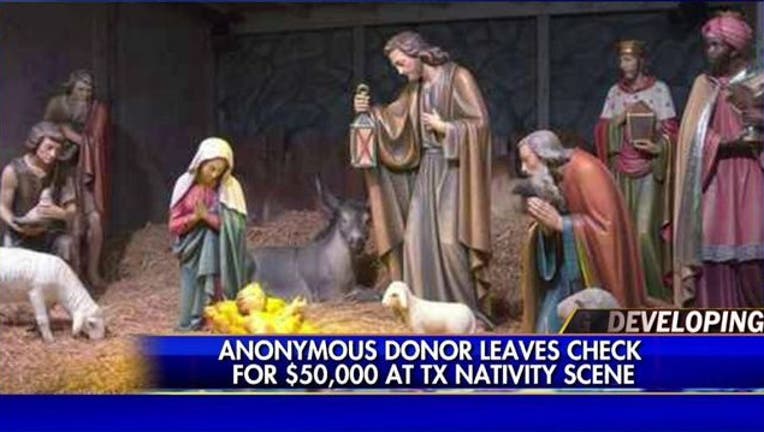 The anonymous donor left the big check under a baby Jesus figure that was in the Nativity scene outside The Children's Home in Amarillo.

It was discovered after a caller told a receptionist to look outside "under Jesus."

Group President Darrin Murphy said on "The Real Story" that he has spoken to the man whose name was on the check.

The man wished to remain publicly anonymous, but Phillips said he's been working with the kids in recent months and was moved to help in an even bigger way.