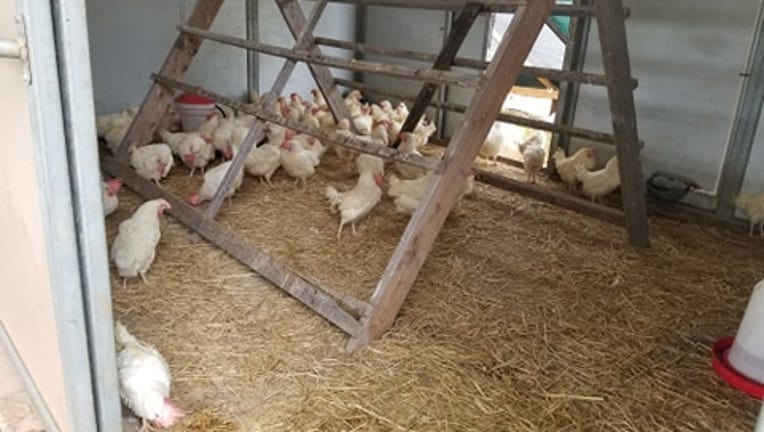 An animal sanctuary in California has rescued 1,000 hens from an Iowa egg farm that was planning to euthanize the birds — transporting them back to their new home via two chartered, private planes.

Animal Place, which owns and operates a 600-acre sanctuary for “neglected farm animals” in northern California, said the hens were among 140,000 chickens which were slated to be gassed after the farm was forced to go out of businesses “due to COVID-19.”

The sanctuary did not specify which specific farm the chickens were from, nor why, specifically, the farm was shutting down operations. However, coronavirus outbreaks and staffing issues at meat-processing plants, coupled with interruptions of the supply chain, have recently forced other farms across the country to “depopulate” livestock herds that could not be transported to such meat-packing facilities for processing.

“When Animal Place heard about an Iowa egg farm gassing most of its 140,000 hens, we felt compelled to help,” the organization wrote in a press release. “The farmer was willing to release 1,000 birds to us. But how would we get them to California?”

The answer to that question eventually came in the form of two private jets, donated by a “generous supporter,” according to Animal Place. The organization added that its members had previously considered trucking the hens out to California, before deciding that method would be “too long and hard” on the animals.

Animal Place sent some of its team members to Iowa to assist in the “rescue,” which was aided by another sanctuary in Iowa, which helped to extract the chickens from the farm to the airport, for their chartered flight back to California. (Animal Place claimed that “most” of the other 140,000 hens at the farm had already been gassed to death by the time they arrived.)

The chickens — which are all receiving “health checks” at the Animal Place sanctuary — will soon be available for adoption.

A representative for Animal Place was not immediately available to confirm whether the organization had plans to rescue additional livestock slated for depopulation.

In the months following the coronavirus outbreak in the U.S., several meat-processing plants across the country had been forced to close due to outbreaks among staff, or staffing shortages caused by the pandemic. In some cases, this resulted in less output, and fewer facilities where farmers would be able to send their livestock for processing. In mid-April, one chicken company planned to depopulate approximately 2 million chickens after disruptions at its own processing plant. The following month, the National Pork Producers Council (NPCC) had even warned that it may have to euthanize up to 10 million hogs.

“Producers face a wrenching and tragic choice; watch their mature animals suffer because they can’t care for them or euthanize them,” the NPCC said in a statement released earlier in May. “The only humane option is to euthanize them, a tragedy for farmers who work to produce food for people.”