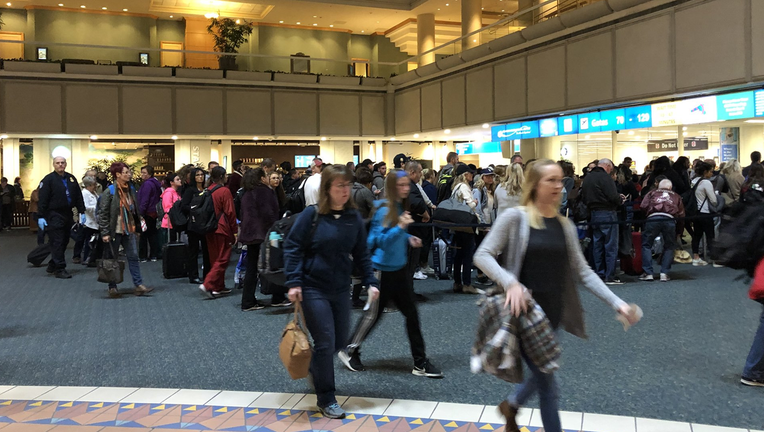 FOX NEWS - Americans likely won’t be welcome next week when the European Union starts reopening its borders to international travel.

The reason: Surging numbers of coronavirus cases in the United States.

Late Friday, the E.U.’s European Council agreed to a draft proposal setting out criteria for the new travel rules and a list of countries whose residents would be allowed in. The U.S. is reportedly not on the list.

A European Union official told Fox News that the U.S. currently "won't fit into the criteria that are on the table" for entry into Europe.

Coronavirus is still seen as actively spreading in America, with a number of states reporting record numbers of confirmed infections. Americans have been banned from the E.U. since March.

“Our main preoccupation is the health of our citizens,” European Commission spokesperson Adalbert Jahnz told Fox News. “The health criterion is probably first and most important …in terms of which countries we choose first in lifting the travel restrictions.”

Another E.U. official said that countries likely to be excluded would have significantly higher infection rates than in Europe.

A recent tally of daily cases per 100,000 population in Europe was 14. In the U.S. it was 105, putting it in the same league as other hard-hit countries, like Russia and Brazil.

People from Russia and Brazil would also likely be excluded under the proposed criteria, which reportedly state that countries of origin should have COVID-19 levels that are “stable or decreasing.”

Countries on the “invited” list reportedly include Canada, Australia, New Zealand, South Korea and -- perhaps most galling to the U.S. considering the pandemic originated there -- China.

Most European countries took aggressive action to lock down in order to contain the virus. Jahnz says the bloc doesn’t want to “squander the effort that has been made.”

There is also the matter of reciprocity. E.U. residents have been blocked from entering the U.S. since March, and there is no sign when that will be lifted.

Besides disappointing Americans who wanted to travel to Europe this summer, the ban will have a big economic impact. Airlines stand to lose millions of customers and billions in revenue.

"It will have a massive effect," David Learmount of FlightGlobal told Fox News.

It also could have political implications. Relations between the U.S. and Europe are strained. But E.U. officials stress that decisions are being made according to science, not politics.

Analyst Samuel Armstrong of the Henry Jackson Society said: “It could feed into a pattern of anti-American snubs and nose-rubbings by Brussels.”

Secretary of State Mike Pompeo sounded hopeful when asked about the ban saying recently, “I’m very confident…we’ll figure that out between…the United States and the EU…to develop plans and methods by which we can begin to get global travel back in place.”

The European Council document is technically a recommendation to countries.

The list of acceptable countries would be reviewed every two weeks. The regulations are expected to be adopted within days, effecting the entire bloc.