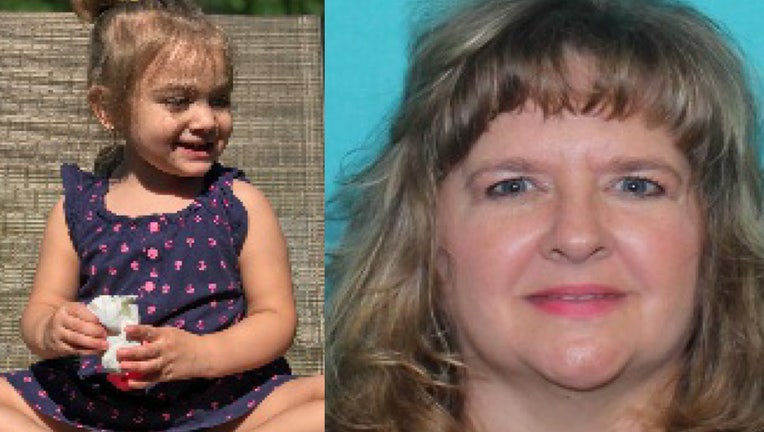 An Amber Alert has been issued for 2-year-old Aurora Lopez. The alert names Sherry McGill, 49, as a suspect.

SAN ANTONIO, Texas - An Amber Alert has been canceled for a 2-year-old girl who was reported missing from San Antonio.

The Bexar County Sheriff’s Office says Aurora Lopez was found safe a few hours after the alert was issued.

Aurora had last been seen in San Antonio around 12:50 a.m. Friday. The sheriff’s office say the girl was believed to have been taken by her grandmother Sherry McGill, 49.

Authorities believed they may have been heading to Oklahoma.

According to the sheriff’s office, Texas DPS troopers spotted the car listed in the Amber Alert traveling on IH-35 in McClennon County around 8:25 a.m. Friday.

Troopers stopped the vehicle and were able to safely take custody of the girl.

Deputies and troopers are reuniting the girl with her family.