The worker stands there for a few seconds with Mauria in his arms, then walks out of frame to the loading side of the delivery van – and drives off.

CENTER LINE, Mich. (FOX 2) - The little dog named Mauria was able to wiggle through the fence and get out into the yard.  It’s all on video. Also, on the recording is an Amazon driver scooping her up and driving off.

FOX 2: "Are you frantic? Are you worried? What are you feeling?"

"Man, a combination of things," Maurice Gunn said. "I am still hoping Amazon will make it right."

Just a puppy, an expensive – mini American bully, who Maurice Gunn says he worked hard for to get for his son.

"It’s been really quiet. Even Sky hasn’t been the same. My other dog, that’s my frenchie,"

The gate was closed, Tuesday evening but Mauria broke free – you can see it on Maurice's home security cameras.

In another angle – she’s staying put in their yard, that rare tri-color coat of hers – catching the attention of an Amazon driver, delivering across the street Voerner Ave in Center Line.

"Once he stopped and opened his door that’s when they disappeared off camera for a minute then you see them come back around the vehicle with the dog," Maurice said.

The driver stands there for a few seconds with Mauria in his arms, then walks out of the frame to the loading side of the delivery van – and drives off.

"He never made an attempt to any of these homes," Maurice said. "I checked with all the neighbors and no one knows what’s going on. The police department is 2 blocks down."

Center Line police tell FOX 2 they’re investigating. After checking with neighbors, animal shelters, and police, there's been no sign of her, Maurice is convinced, the driver stole her.

"If he had good intentions about it i should have had it the same day end of discussion," he said. 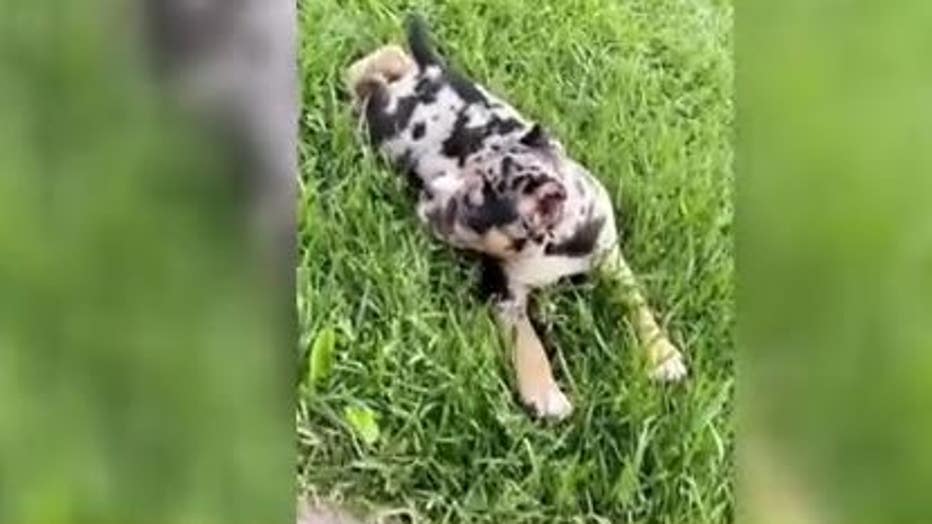 There has not many answers from Amazon, after Maurice says he spent hours at a local office. A spokesperson told FOX 2 they’re looking into it and need more time.

"If someone can go on your app order it and get it the next day," he said. "I’m three days in and I don’t have my dog."

"We’re aware of this incident and actively investigating to understand the facts surrounding this situation." 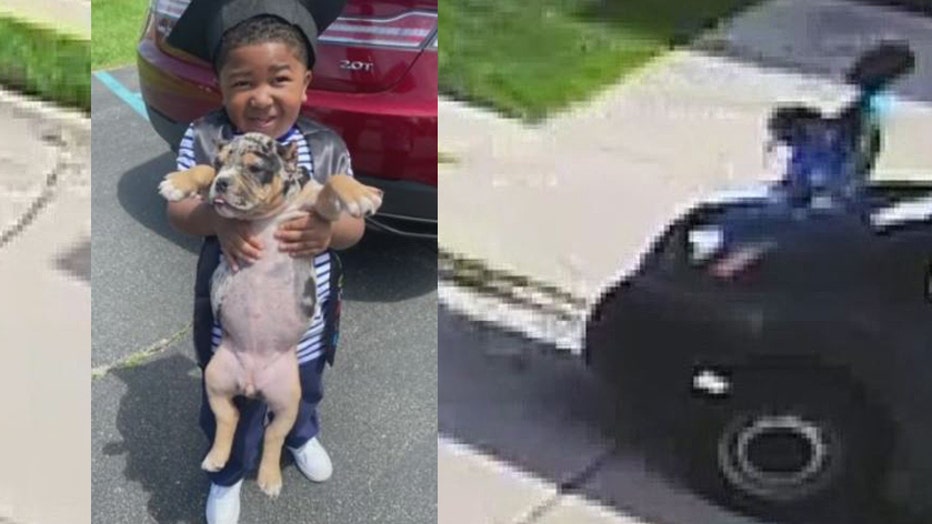