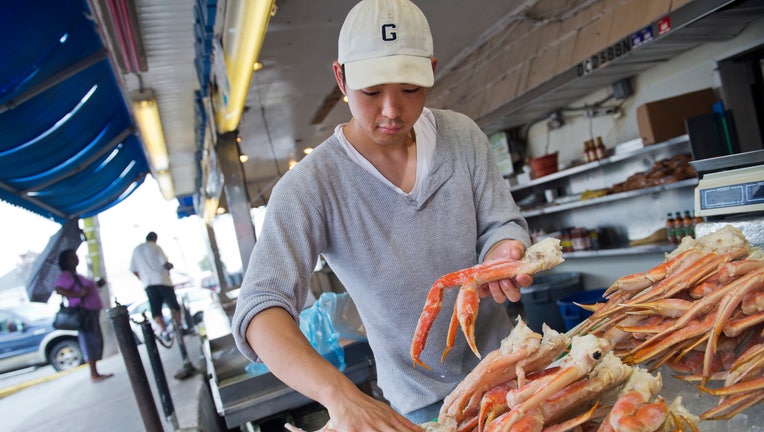 The move is a double whammy to a fleet from Alaska, Washington and Oregon chasing Bering Sea crab in harvests that in 2016 grossed $280 million, The Seattle Times reported. According to CBS News, an estimated 1 billion crabs have disappeared, a 90% drop in population.

The closures reflect conservation concerns about both crab species following bleak summer populations surveys. The decisions to shut down the snow crab and fall king crab harvests came after days of discussions by Alaska Department of Fish and Game biologists and senior agency officials who faced crabbers’ pleas for at least small fisheries.

"I am struggling for words. This is so unbelievable that this is happening," said Jamie Goen, executive director of the Alaska Bering Sea Crabbers, adding that some crabbers will go out of business.

"Management of Bering Sea snow crab must now focus on conservation and rebuilding given the conditions of the stock," the department said in a Monday statement.

Snow crab populations declined after a 2019 Bering Sea warming that scrambled the broader marine ecosystem. Last year’s snow crab harvest of 5.6 million pounds was the smallest in over 40 years.

The causes of the snow crab population collapse are still being researched but likely include increased predation and stresses from the warmer water.

Alaska, within the limits of a federal management plan that comes up with an allowable biological catch, determines how many crabs are caught. 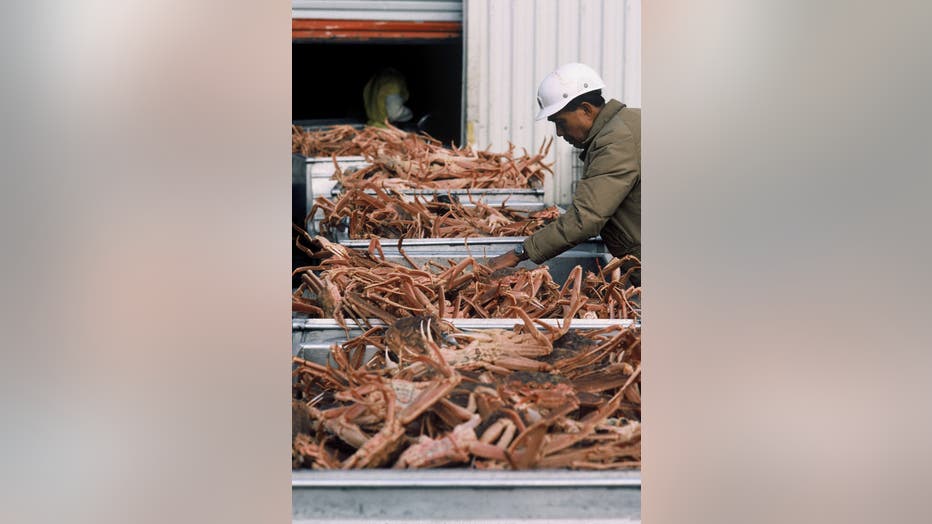 Fishing in Alaska, United States - Snow crabs ready for conditioning at the fishery. (Photo by Jean-Erick PASQUIER/Gamma-Rapho via Getty Images)

A scientific model of the snow crab population reviewed by the federal North Pacific Fishery Management Council last week indicated there may have been enough this year for another small harvest. However, Ben Daly, an Alaska Department of Fish and Game research coordinator, said the model has struggled to account for the dramatic population decline after the 2019 warming, and state officials were concerned it might not be accurate.

"We have extreme conservation concerns about the population. We have serious doubts about the model," Daly said.

The fall red king crab harvest was canceled for the second year running because of the low number of mature female crabs, which are an indicator of the broader health of a stock that has been in long-term decline. The survey needs to find at least 8.4 million mature females to OK a harvest, and the 2022 survey, though it showed improvement from 2021, still fell below that level, according to Daly.

Fisheries that accidentally catch Bristol Bay king and snow crab will continue at this point without new restrictions.

The Alaska Department of Fish and Game also announced on Monday that a small Bering Sea crab harvest of more than 2 million pounds of tanner crab will open Oct. 16.