Instead of a gender reveal party, Marketta Davis wanted some photos. Her photographer included Marketta's husband, Danny, who died weeks after finding out he would be a father.

TAMPA, Fla. - Marketta Davis' due date isn't until March of next year but with this being her first, she wants to be prepared.

"I've got maternity clothes, some breast pumps, a bassinet, and a stroller," she said as she walked through the baby's nursery.

Her excitement is natural, but it's matched by sorrow. Marketta and her husband, Danny have been together since high school. They tried to get pregnant for three years and this year - finally - they got the positive result they dreamed of.

Then Marketta had a miscarriage.

"We created a bucket list right before we got married, and just started going down the list," Marketta recalled. "The last thing on the list was a baby."

A month later, they found out they were pregnant again. Marketta says Danny, a Technical Sergeant at MacDill Air Force Base, was so excited. 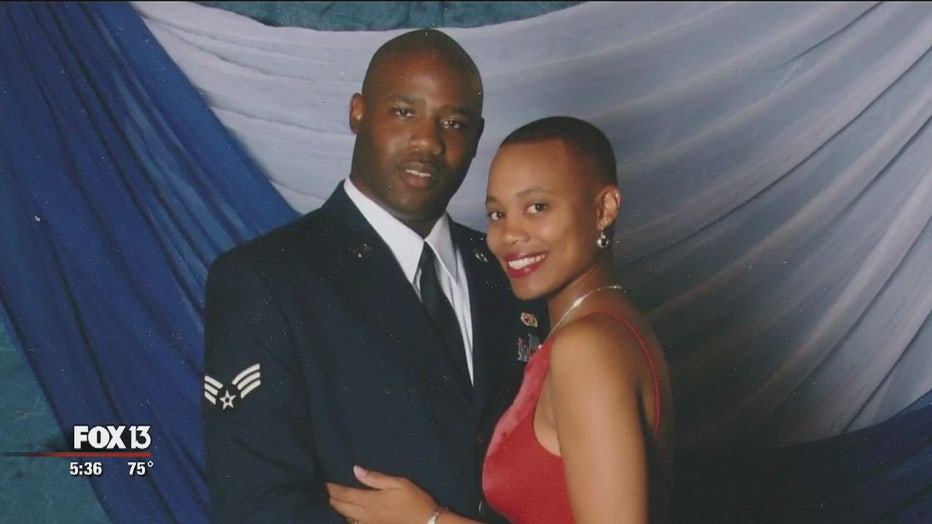 "He would call me on his way home from work and say, 'Hey pregnant lady, what do you want for dinner?'" she laughed.

They started planning for their new addition, but nothing could have prepared Marketta for what came next.

Two weeks after they found out they were expecting, Danny died of a heart attack. 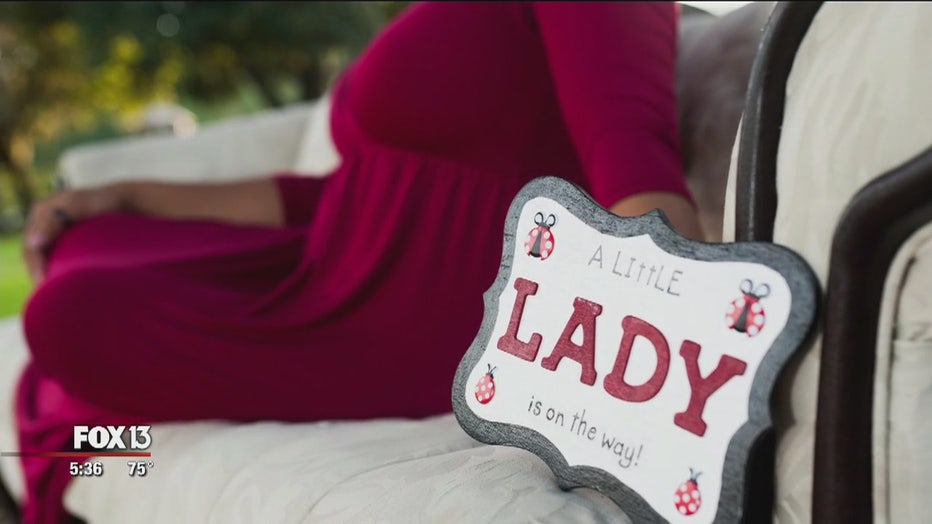 Weeks later, Marketta learned the baby's sex. Instead of a gender reveal party, she decided to memorialize the moment with pictures. And she wanted to include Danny.

Photographer Jessica Allen set up the photoshoot in a park in New Tampa and Marketta's friends brought a cake and signs that revealed baby Davis is a girl.

Marketta brought something to represent Danny.

"I brought a shirt, one of his favorite shirts, and I could still smell him on it," she said. "And as soon as she asked me to hold that shirt, I just lost it. She caught every real moment, and she caught it so beautifully." 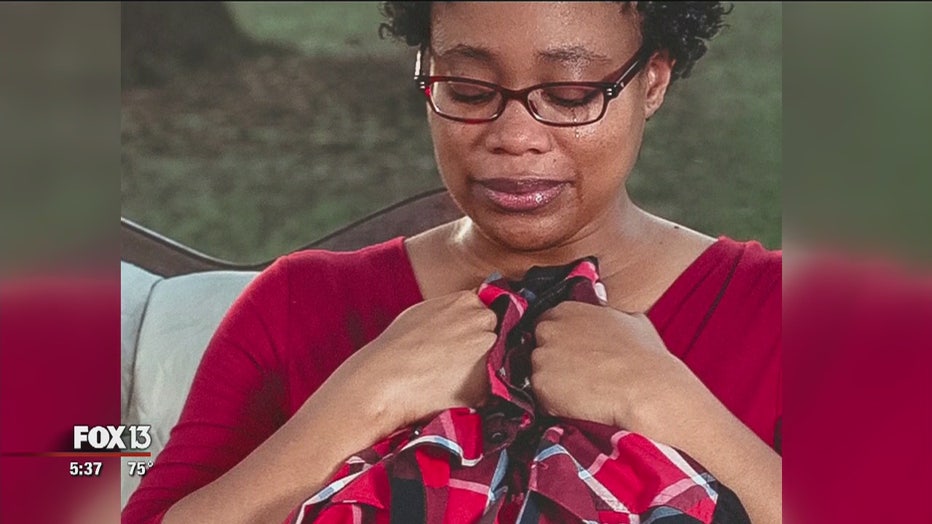 There was a lot Danny would miss, but this moment wouldn't be one of them.

"Jessica asked me in the beginning, send me all of the photos you have of Danny that I could cut and crop and play around with," she said. "The shirt he's wearing in that photo is the one I was holding for the shoot. It's just like, it was meant to be."

The picture says more than a thousand words, but Marketta can sum it up in just a few.

"I want her to know that even though her dad isn't here in this world, that he's still around," she said of her unborn daughter. "That he still loves her, and that he always will. And so will I."

She said they originally had plans to name the baby after their grandmothers if it was a girl, but after Danny's death, she will now name her Danni LilliResa Davis.

“I am blessed to say I did get one kiss on my belly before he did pass," she said through tears.