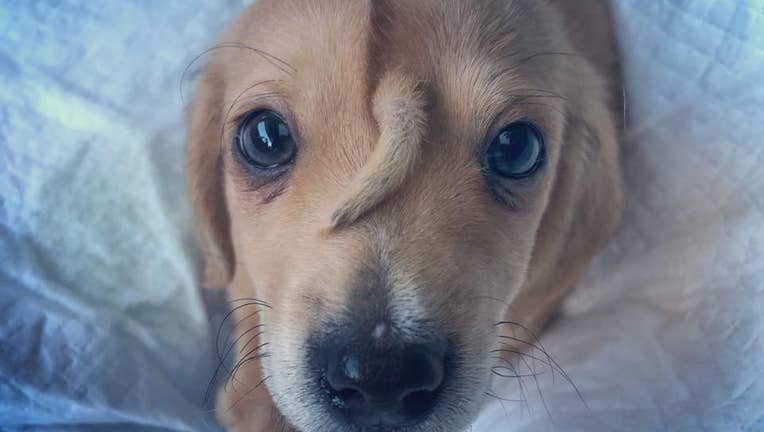 The 10-week-old puppy that was born with a second tail coming out of the middle of his head is making hearts burst across the internet!

Little Narwhal was found with another dog wandering in the freezing cold earlier this month.

The Missouri-based rescue organization, Mac's Mission, took in Narwhal, who also had a leg injury, and his buddy.

Since then, the adorable pooch, dubbed "Narwhal the Little Magical Furry Unicorn” by the rescue staff, has garnered quite the fan base on Facebook.

"He is so precious. And lovely. God definitely has good plans for him," wrote one commenter.

Another added, "This is by far the most precious puppercorn I have ever seen!"

Mac's Mission has been keeping his followers updated on Facebook and says that Narwhal is a healthy, active puppy.

"The million dollar question about Narwhals extra tail on his face. Is it connected and does it wag? The extra tail is not connected to anything and has no real use other than making him the COOLEST PUPPY EVER!"

At this time, the rescue tells Fox 35 since the tail is not causing any problems for Narwhal, they have no plans to remove it.

Narwhal isn't up for adoption yet, but when he is, it's certain there will be no shortage of families offering this uni-pup a forever home!