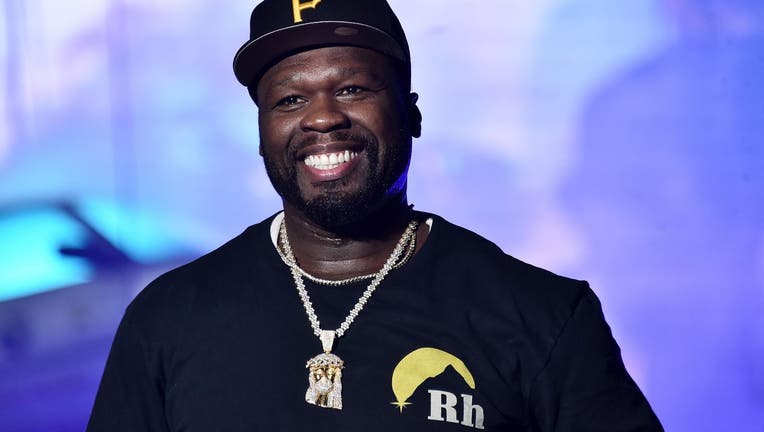 NEW YORK - This famous customer tipped much more than 50 cents.

The artist and “Power” star hit the drive-thru with Instagram influencer Jay Mazini to distribute the generous gratuity, the Queens Daily Eagle reports.

“Jay Mazini is the real deal, he saw me in the hood yesterday so we went tonight and showed everybody some love,” 50 Cent tweeted, sharing a now-viral video of the Springfield Gardens restaurant stunt.

According to the Eagle, Mazini is known for staging “impromptu cash drops” in New York City, and contacted the rapper for a potential partnership. The good deed likely hit close to home for 50 Cent, as he grew up in the nearby South Jamaica neighborhood.

As seen in a two-minute clip viewed over 3 million times on Twitter, Mazini approached the drive-thru window on foot and asked the Burger King employees how they were doing.

“How's life treating you, how is everything with COVID?” Mazini inquired “They paying right?”

Explaining that he visited “to show love to you guys” in appreciation of their hard work, the influencer asked everyone on duty to gather around the drive-thru window.

To their shock and surprise, Mazini began giving out Whopper-sized stacks of bills.

“Hold on, there's more!” he exclaimed, as 50 Cent strolled over.

The employees erupted in screams and cheers as they exchanged fist bumps with the smiling star, who also handed out stacks of cash.

“This is my birthday, thank you!” one staffer shouted.

When their work was done, 50 threw his arm around Mazini and declared: “This is the man right here.”

A New York Police Department car also pulled up to the fast-food chain, and the rapper approached the vehicle, jokingly telling officers, "I got some for you too!" while brandishing a stack of cash.

“Passed over [$30,000] me and 50 Cent to these hard workers, during this pandemic. Fif told me I really like what you’re doing, I told him it’s good karma at the end of the day big bro!!!” Mazini later posted on Instagram.

“Change lives and connect with real ones. Southside Queens stand up!! Ya deserve it."