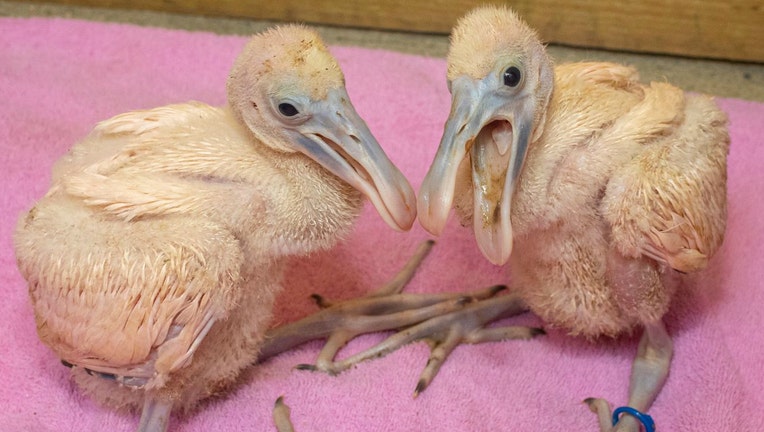 The Brevard Zoo said that two roseate spoonbill chicks hatched in May and have since been thriving behind the scenes. In fact, they have just started eating solid food.

They said the younger chick is a female and the other's sex has yet to be determined.

Roseate spoonbills are typically found in wetlands throughout South America, Central America, the Caribbean, and the southeastern United States. However, because of habitat loss and degradation, the species is in danger.

Brevard Zoo's efforts to conserve and restore the Indian River Lagoon reportedly works to help the survival of the species.