Woman says her husky caught her cancer 5 times, alerting to it before doctors could

When Stephanie Herfel's husky, Sierra, started pressing on her belly one day, Herfel thought Sierra was just being naughty. Then she realized something much bigger was going on.

MADISON, Wis. - Stephanie Herfel might not have caught her ovarian cancer in time if not for her husky, Sierra. And not just the first time — Sierra alerted Herfel to the re-occurrence of her cancer four times.

Each time, Sierra found Herfel’s cancer before her doctors did. 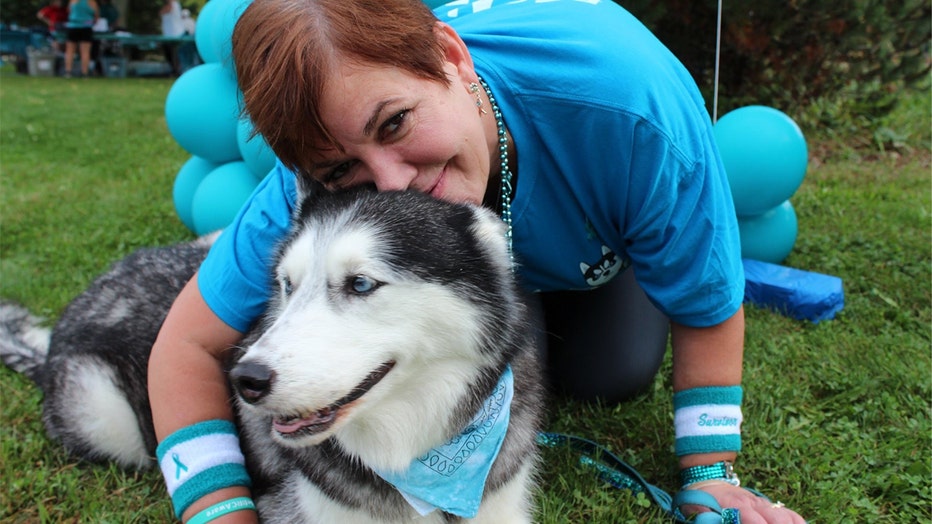 Stephanie Herfel with her husky, Sierra, who discovers Herfel's ovarian cancer re-occurrences before doctors can.

Herfel started noticing inexplicable symptoms around January of 2013 after moving from California to Wisconsin in late 2012 — she put on about 60 extra pounds, seemingly out of nowhere and without changing her lifestyle at all.

She went to see doctors who ran all sorts of tests, including having blood work done and checking her thyroid, but none of them thought to perform any sort of pelvic exam.

By August, Herfel was experiencing a sharp pain in her belly that she felt like she could no longer ignore, so she went to an emergency room at a local hospital. They told her she had an ovarian cyst, gave her some pain medication and told her she should be feeling better in about 10 days.

At first, Herfel noticed an improvement, but the weight gain didn’t go away, and the pain in her belly eventually came creeping back. She began to consider that a second opinion might be necessary.

Then one afternoon in early October, Sierra placed her nose on Herfel’s belly and began to push hard. Thinking it was Sierra being naughty, Herfel pushed her away and scolded her for pressing on the painful area.

But then Sierra did it again.

Then a third time.

After Herfel pushed Sierra away for the third time, Sierra seemingly disappeared. 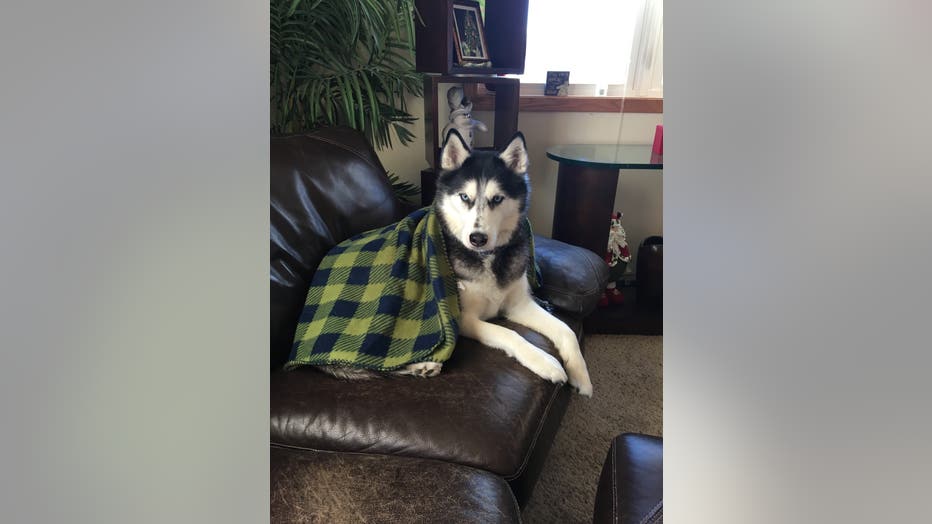 Herfel looked for her everywhere. She checked the whole house and then expanded her search outside. Sierra is a highly obedient dog and always comes when called, but Herfel was calling out, and still no Sierra.

“I started to have that panic in my gut, like if you lost your child at the store and can’t find them,” Herfel said.

After an hour of searching, Herfel found Sierra tucked into the back corner of a closet in a room in the house that was rarely used. Sierra was “curled in the smallest little ball,” Herfel said, so much so that only a tiny bit of her tail was sticking out. Herfel pulled some clothes out of the closet and took a good look at Sierra.

“They say dogs don’t cry, but the fur around her eyes was completely soaked on both sides. Her little eyebrows were crunched in the center, and so she just had the most scared look on her face,” Herfel recalled.

“After inspecting her,” Herfel paused, “I felt like it was me. So I took a leap of faith and got a second opinion.”

After another month of seeing other doctors and having tests run, Herfel was diagnosed with stage 3 ovarian cancer in early November.

Since then, Herfel has had what she calls four and a half re-occurrences of ovarian cancer, though doctors would say it’s actually five — Herfel said that one of the times, the cancer never fully went away, so she counts it a little differently.

But each time, Sierra knew before anyone else that the cancer had returned.

“She has reacted by hiding before each re-occurrence [could] be seen on a scan,” Herfel explained.

In the case of the first two re-occurrences, Herfel said, “I had to wait three months and have another scan to see if there was actually something there, and there was.”

When a CAT scan revealed a tiny pinprick of what looked like a possible re-occurrence, Herfel’s oncologist and radiologist discussed for hours whether action was needed. They settled on sending Herfel for a different test — a PET scan.

When Herfel went to get that PET scan early this year, it revealed two new spots.

“[Sierra] had reacted before the CAT scan even could pick it up, and I had to have the nuclear test to see if anything would light up, and there were two areas that lit up that weren’t even showing on the CAT scan,” Herfel said.

“I always laugh because I feel like Sierra is my PET scan,” Herfel joked. 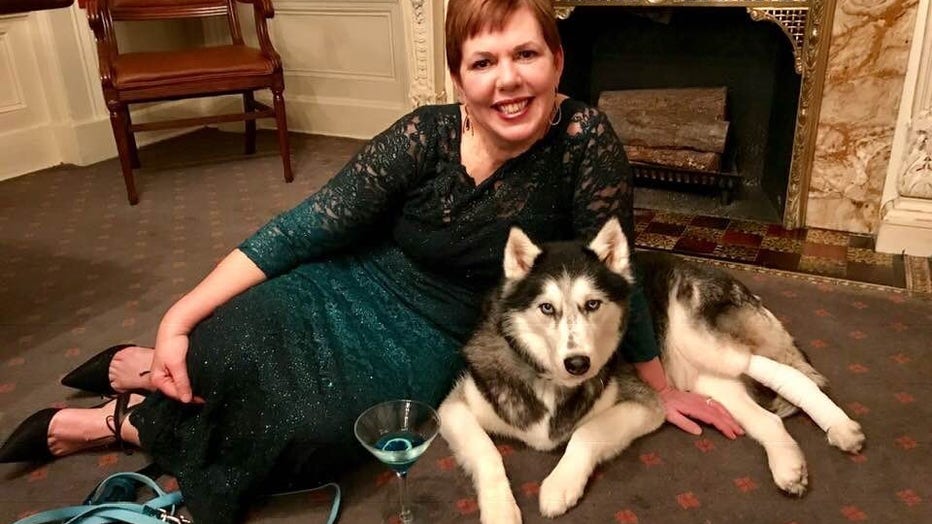 Herfel elected to do radiation therapy for four weeks, but she said, “Sierra never stopped hiding after I finished the radiation.”

Before going in for each follow-up scan to check for any re-occurrences, Herfel writes a note on a piece of paper about what she thinks of Sierra’s behavior. This time, Herfel wrote that she felt like the cancer wasn’t gone.

he was correct — her doctors found another spot. It was so small, though, that Herfel got to choose whether she wanted to start therapy right then or wait.

“I chose to wait, and I chose to do it after the summer,” Herfel said. “About three weeks ago, I had my first treatment, which was pretty easy for me. I’ve been through some hard things, but because of Sierra, I’m able to do these out-of-box treatments for ovarian cancer unlike other women who, when they re-occur, it’s often times caught with, you know, your abdomen full of the cancer, or it has metastasized to an organ of some sort.”

Herfel said that she noticed a marked change in Sierra after that original exchange they shared when Sierra pressed on her belly.

“It was almost like watching a dog transform to this caring, loving, concerned human. So I call her a humanimal," Herfel laughed. "She’s my humanimal.” 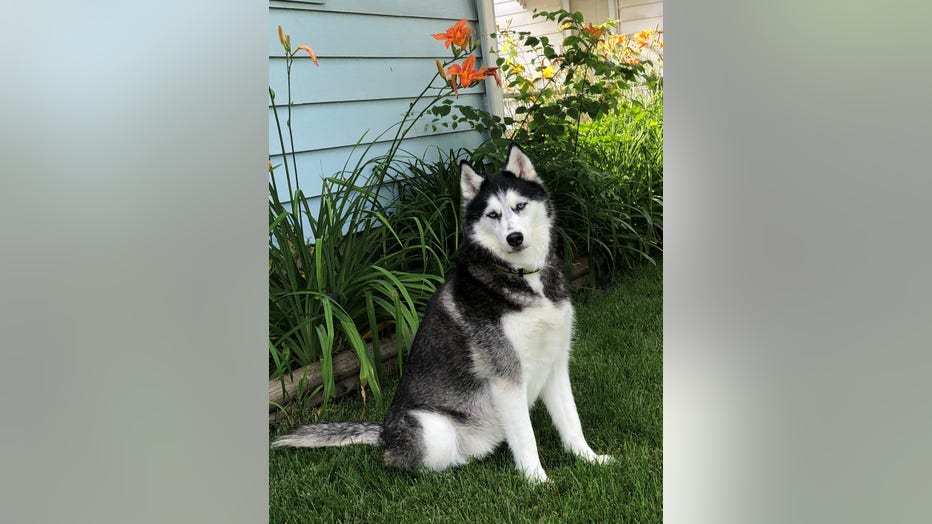 Sierra isn’t the only dog whose owner says they can smell out cancer, and many veterinarians believe in the promising nature of dogs’ abilities.

“I absolutely believe that [dogs] can detect cancer,” Cynthia M. Otto, DVM, PhD, director of the University of Pennsylvania School of Veterinary Medicine (Penn Vet) Working Dog Center, told American Veterinarian. “The bigger question is how we will use them in the battle to fight cancer.”

Herfel said she believes that Sierra smells cancer, which aligns with much of the research being done on canine cancer-detection.

RELATED: Beagles and other scent hounds could be used to help in early detection of lung cancers, study finds

Experts at the Penn Vet Working Dog Center, for example, worked with dogs to determine the minimum threshold of odor for detection when developing ovarian cancer detection techniques.

Herfel worked with an independent documentary filmmaker who is creating a film about the phenomenon of dogs identifying disease, called “Sniffing Out Cancer.” Herfel said the filmmaker has been researching the topic for about eight years now but has never encountered another animal that has the ability to sniff out re-occurrences like Sierra — only initial diagnoses.

“What Sierra does is extremely unique,” Herfel said.

Herfel is part of a group of ovarian cancer survivors, and one of the women she met there has cancer that had never gone into remission. Sierra never wanted to be around this particular friend, Herfel said. But after the friend underwent an experimental trial of a new treatment and swung by Herfel’s house one afternoon on the way to lunch, Sierra was completely different.

“Sierra came and sat between her legs and completely sniffed her whole face and her breath so intently that both of us were welly-eyed.”

Herfel said her friend was touched, but attempted to brush it off as nothing. Then Sierra did it again.

After they had parted, Herfel couldn’t get her mind off the interaction. She knew her friend was going into a scan soon, and Herfel wanted to share what she felt about Sierra’ actions.

Her friend texted Herfel back as she was walking out of the doctors’ office after getting her scan results — her cancer was shrinking for the first time since diagnosis.

“It was truly beautiful,” Herfel recalled.

Herfel said that Sierra won’t kiss her while her cancer is active, so for much of this year while she has put off treatment for the most recent spot on her PET scan, Sierra has been refusing to give kisses.

“It’s a very profound statement from her,” Herfel said.

“About four or five days ago, I’m getting kisses again,” she said. “So I feel like my cancer is shrinking.”

Some people contact Herfel, hoping that they can benefit from Sierra’s skills, but Herfel says no because “Sierra doesn’t have malpractice insurance."

“I always say that she’s the star, and I’m just her spokesperson,” Herfel added. 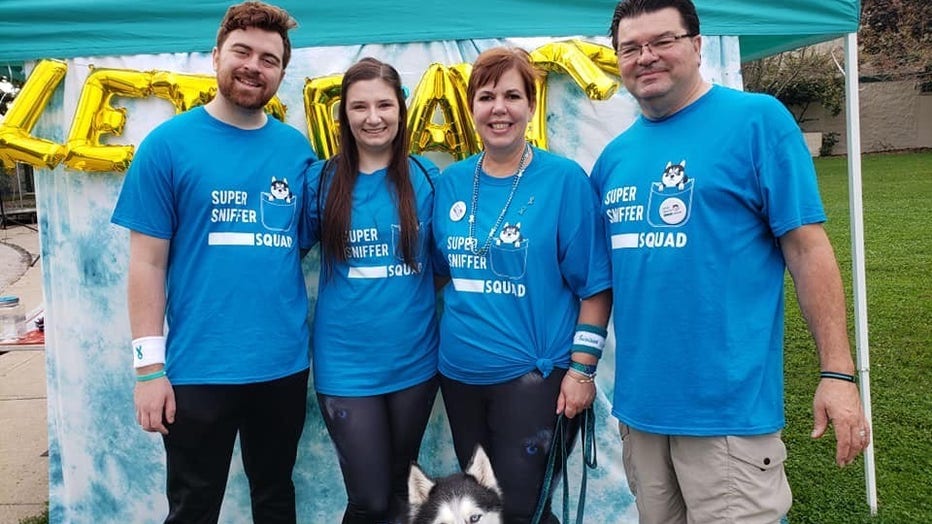 Herfel is now writing a book about her experience with Sierra, and she works diligently to spread awareness about ovarian cancer. Any profits she makes from sharing her and Sierra’s story is donated right back to ovarian cancer research.

But Herfel said her efforts aren’t just about ovarian cancer advocacy — she also hopes that her story helps other people learn to listen more closely to the things their pets tell them.

“It’s about what our animals can do for this planet,” Herfel said. “We just have to look at them very closely.”