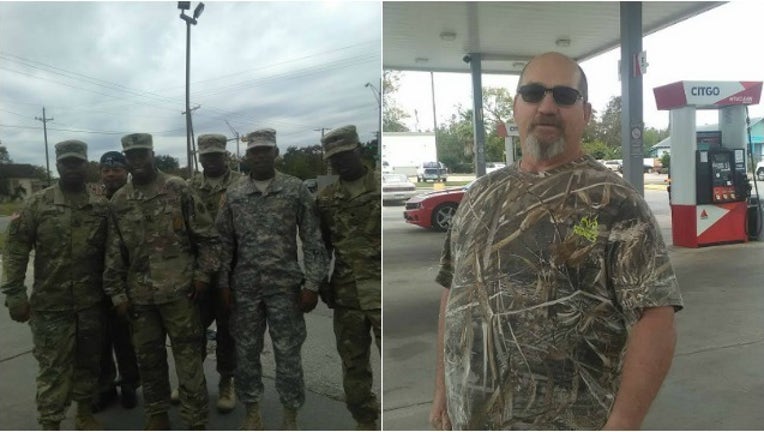 Mary Mingo Williams said she had just left work when she ran out of gas in the middle of the road.

"I got out and started pushing my car," Williams said. "Nobody stopped to help me, trucks passed by me."

Williams said drivers honked their horns as she tried to push her vehicle. Then, out of nowhere, a group of U.S. Army soldiers came to the rescue.

"They pushed my car."

Touched by their kindness, Williams asked them if she could take a picture. She said she wanted to let others know there are young men in the world willing to stop and offer assistance to a woman in need.

Then, Williams said at the gas station another stranger came up to the young men and pulled out a $100 bill, offering the soldiers money to get themselves a meal.

"They all said at the same time 'No sir, we cannot accept that, we were doing what we were raised to do.'"

That's when the man with the $100 turned toward Williams and put gasoline in her car.

"No matter what obstacles are placed in your way, the Lord always has a ram in the bush," Williams said. "I thank each and every one of you from the bottom of my heart."