WINTER HAVEN, Fla. - More than a month after a Winter Haven father of two was shot and killed at a pop-up Fourth of July block party, police said the man who pulled the trigger is the victim's uncle. But not all family members are convinced that investigators have the right suspect.

During a press conference, Chief David Brannon said witness statements and other tips lead them to 47-year-old Bernard Footman.

Police said they arrested him on murder charges connected to Demetrick Brown’s death. They said there were firearms recovered that belonged to him.

"One of which had ammunition that matched the shell casings," the chief explained. "Footman and some people with him got into an argument with another group…which turned into a fight. Right after that…Footman appeared to recover an assault weapon from the truck and fired into the crowd."

After over a month of investigation, Winter Haven police on Monday announced the arrest of the suspect accused of shooting and killing a father of two at a Fourth of July pop-up block party.

Chief Brannon said while Footman admitted to firing a weapon in the air during the party, he said he didn't injure anyone.

"As it works in our country, he is not presumed guilty right now," but said he believes they have the "right guy."

The family of Footman and Brown, on the other hand, say otherwise. During the press conference, three relatives spoke, saying they don't believe Footman would shoot his own family member. 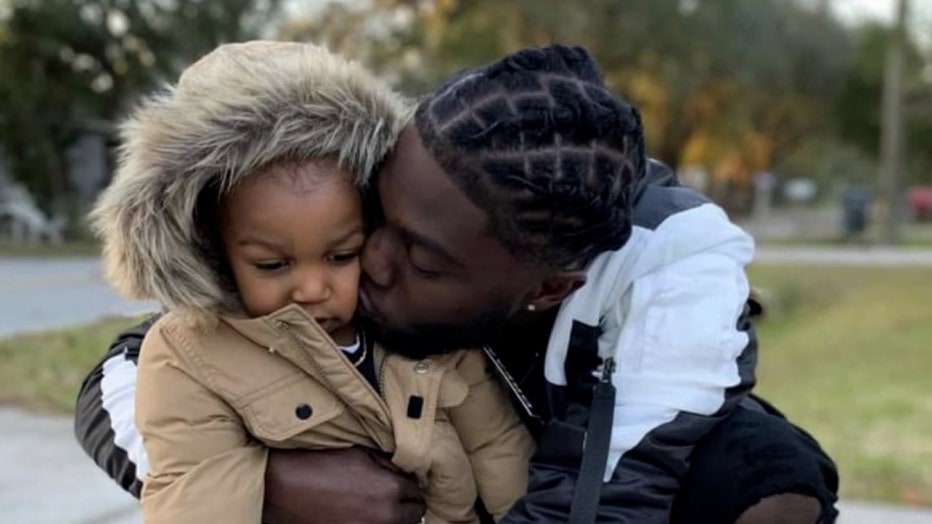 Demetrick Brown kissing his child on the cheek (Provided by family)

On Independence Day, police said they received reports of shots fired. When officers arrived, they found Brown suffering from a gunshot wound and began life-saving measures.

Brown was taken to a hospital, where he died from his injuries. Police say two other men at the party also sustained non-life-threatening injuries.

In the days and months that followed, investigators and Brown's loved ones were trying to find answers and identify his killer.

"Our investigators worked tirelessly to get justice for Demetrick's family," said Police Chief David Brannan. "We know this doesn't erase the pain the family has gone through, but we are glad to help bring closure for them."

More than 200 people attended the party on Martin Luther King Jr. Boulevard, creating the potential for multiple witnesses. There was even a $10,000 reward for information leading to an arrest in Brown's murder.

By Aug. 18, detectives said they obtained an arrest warrant for Footman, and he was arrested. 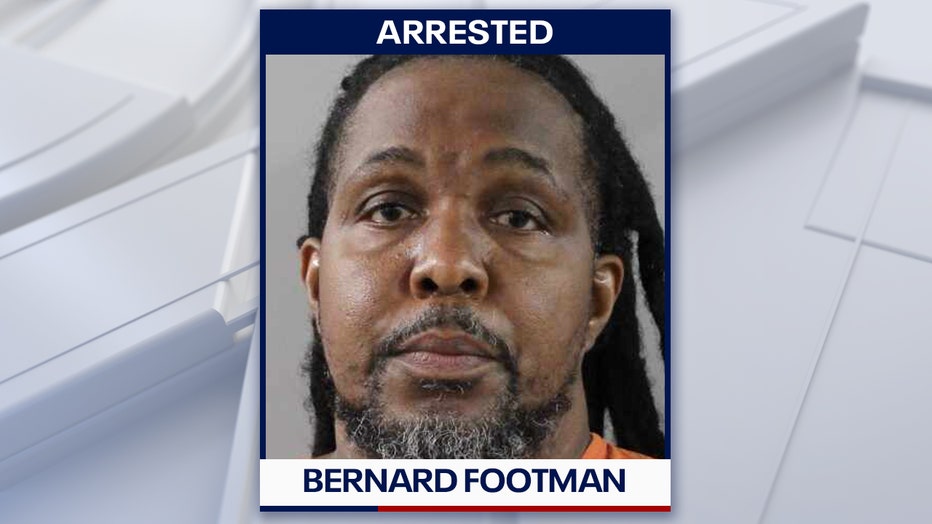 Mugshot of Bernard Footman, who has been arrested in connection with the shooting death of Demetrick Brown at a Fourth of July block party.

Footman has been charged with second-degree murder, possession of a firearm by a convicted felon, tampering with physical evidence, and public discharge of a firearm.

Footman is no stranger to the criminal justice system. Records show he has been arrested nearly two dozen times since the early 1990s.

According to court records, in 2007, he was convicted of drug charges and a felon in possession of a firearm.

He served nearly 15 years in federal prison before being released in July 2021.

There had been a $10,000 reward offered for information leading to the person responsible for Brown’s death, but officials said it will not be dispersed since the information that led to Footman didn't come through CrimeStoppers.