COCHISE COUNTY, Ariz. - The Cochise County Sheriff's Office says it's investigating the death of an apparent undocumented migrant who was shot multiple times and killed by a U.S. Border Patrol agent on Saturday, Feb. 19.

The sheriff's office learned about the death around 10 a.m. and was told the incident involved an agent and a group of migrants who entered the U.S. illegally. It reportedly happened "one mile north of milepost 30 on East Geronimo Trail, which is approximately 30 miles northeast of Douglas, Arizona," said Carol Capas, a spokesperson with the sheriff's office.

An initial report said a man was seriously hurt near Skeleton Canyon and that several others were detained at the same spot.

"Sheriff’s Deputies responded along with Search and Rescue volunteers who discovered that a male subject was deceased on scene. The additional subjects were taken from the area on foot and subsequently transported to a facility for interview purposes and further processing," Capas explained.

During the course of the investigation, which is ongoing, investigators learned a man was "fatally wounded" by a Border Patrol agent who was on duty with other agents at the time of the incident.

On Feb. 22, the sheriff's office says the man's cause of death was multiple gunshot wounds. What led up to the killing hasn't been released.

"The recovery mission for the deceased male was postponed until early this morning to allow for the safety of detectives, additional law enforcement personnel, and air support from the Arizona Department of Public Safety Ranger to access the difficult terrain and bring the decedent to location for transport to the Pima County Medical Examiners Office. Investigative personnel including the CBP Office of Professional Responsibility, and the Cochise County Sheriff’s Office have just cleared the scene and the investigation is being continued," Capas said.

The Mexican Consulate was informed of the man's death. He has not been identified. 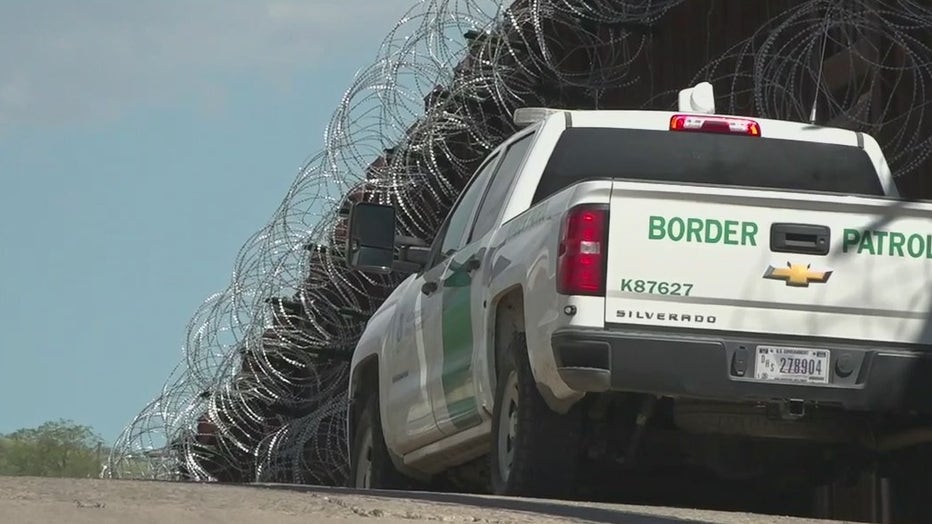 A Border Patrol truck next to the U.S. - Mexico border wall.