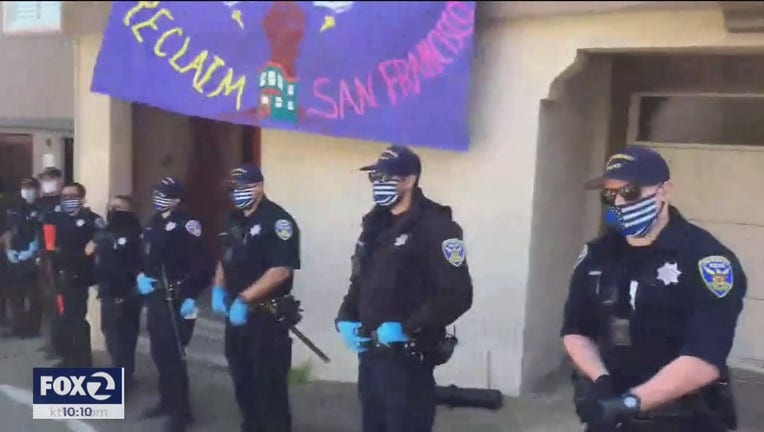 SAN FRANCISCO - In an internal email obtained by KTVU from San Francisco Police Chief Bill Scott to officers on Friday, the chief said, "Thin Blue Line masks shall not be worn by our on-duty members." 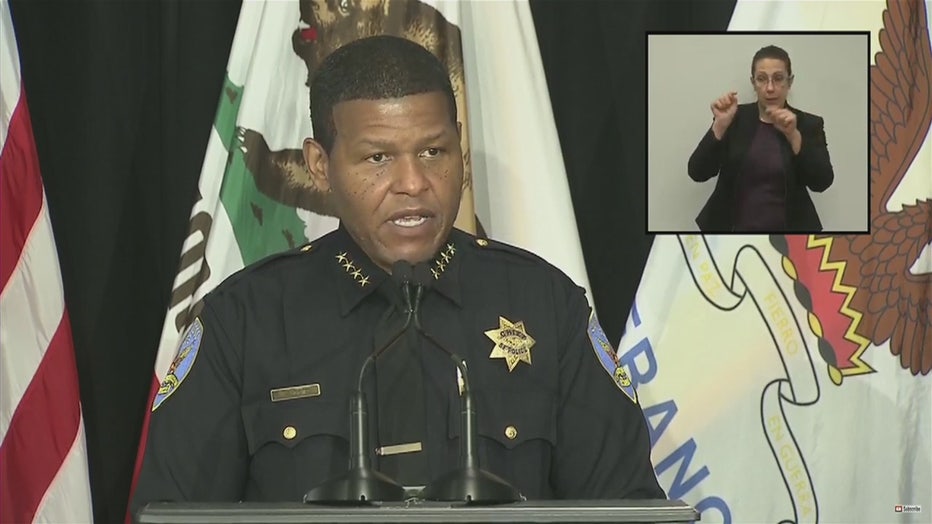 San Francisco Chief of Police William Scott provides an update on COVID-19 in San Francisco in a Friday afternoon press conference on April 17, 2020.

San Francisco police were out in full force Friday afternoon to respond to people who were blocking the roadway and to housing-rights activists who took over a vacant property in the Castro District.

Many officers were wearing masks designed to look like the Thin Blue Line flag-- a controversial symbol that has most recently become associated with the pro-police Blue Lives Matter movement.

In his email, Scott says the "symbolism on some of our officers’ face masks may be perceived as divisive or disrespectful."

Chief Scott also acknowledged the symbol dates back three decades and was adopted by the National Law Enforcement Officers' Memorial calling it a, "meaningful expression to honor fallen officers."

Scott said he's taking immediate steps, along with officers and the Police Officers Association, to provide alternative, neutral personal protective equipment amid the coronavirus pandemic. As soon as the PPE is made available, wearing the Thin Blue Line masks will not be allowed.

Examiner published Supervisor Shamann Walton's criticism of the masks, likening them as something you'd see in the U.S. South.

The police symbol has been criticized as a retort to the Black Lives Matter movement that took off more than six years ago.