The Geminid meteor shower is set to dazzle this week, hurling bright meteors across sky

The shower is expected to be one of the best sky shows of the year.

While the full moon may obstruct the visibility of some of the meteors, the American Meteor Society said it should still be quite the sky show.

“Instead of seeing 60 or more Geminids per hour one may still be able to count roughly 20 per hour,” the AMS said.

“If you look at the overall activity throughout the year, only 10-20 nights per year can match this total.” 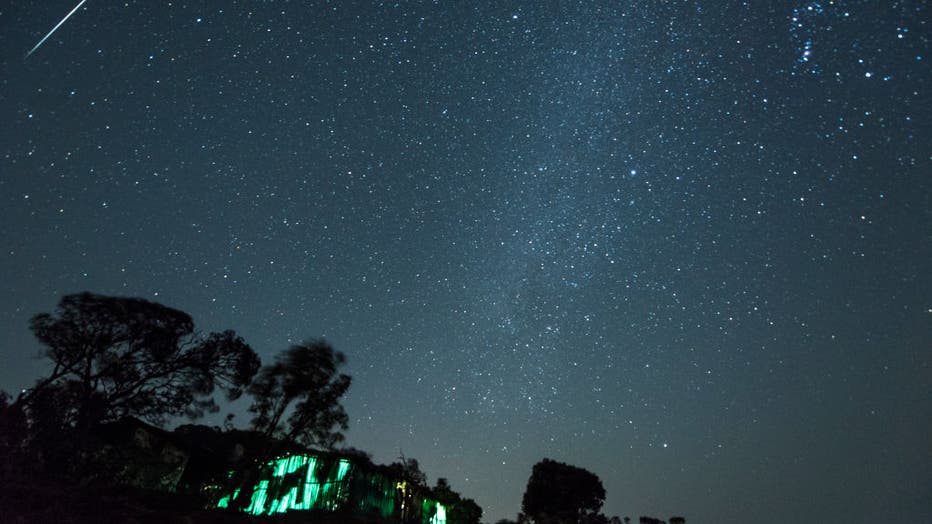 FILE: A meteor streaks across the night sky during the Geminid Meteor Shower over Harishchandra Fort on December 15, 2018 in Ahmednagar, India. (Photo by Pratik Chorge/Hindustan Times via Getty Images)

The annual natural phenomenon occurs when Earth passes through a trail of dust and debris shed by an asteroid known as 3200 Phaethon. When the debris collides with Earth’s atmosphere it begins to burn in a flurry of brightly colored shooting stars.

The bright and intense colors of the Geminids comes from their medium-slow velocity and persistent trains are not usually seen.

To catch the best showing of the fireballs in the sky, bundle up and head outside after midnight.