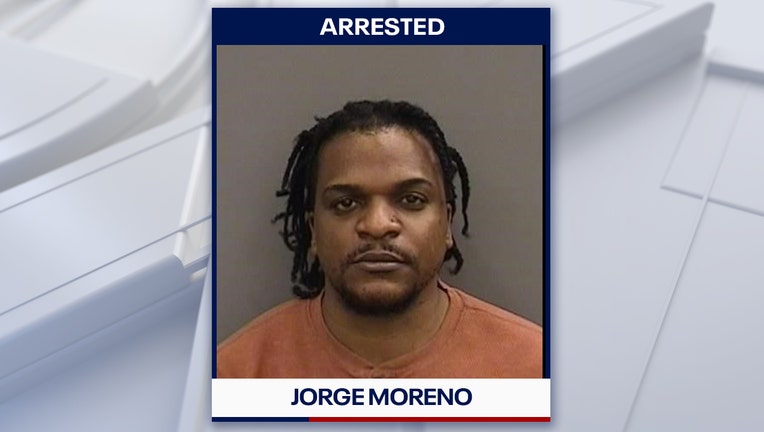 TAMPA, Fla. - Hillsborough County detectives arrested a 33-year-old man, saying he picked up a child at a gas station and had sex with her.

On Tuesday, officials said the mother of the 11-year-old girl called the agency after discovering text messages from 33-year-old Jorge Moreno that were "sexual in nature." Detectives interviewed the child and learned she met Moreno on Monday at a gas station in the 6400 block of West Hillsborough Avenue. She left with him in his vehicle and had sex with him, according to the sheriff's office.

Detectives said Moreno and the victim did not know each other before meeting at the gas station.

According to the agency, Moreno was waiting for the victim at the designated time. Detectives interviewed him and he confessed to having sexual contact with the child.

He was arrested and faces several charges including sexual battery, unlawful use of a two-way communication device, traveling to meet a minor, and illegal use of computer services or devices to solicit certain illegal acts.

"There are people out there who are predatory and seeking out minors for sex, but in Hillsborough County, if you're coming for our children, we're coming for you," Sheriff Chad Chronister said in a statement. "I commend the parents of this juvenile victim for monitoring her child's cell phone and bringing this matter to us for investigation. This incident should serve as a reminder to all parents to keep an eye on their children's lives online and on their mobile devices.