Jayana Tanae Webb, 21, has been charged with third-degree murder, DUI, and related offenses in connection with the Monday morning crash that killed two Pennsylvania state troopers and a civilian Monday morning on I-95.

PHILADELPHIA - The woman accused of driving under the influence when she struck and killed two Pennsylvania State Troopers and a civilian earlier this week appears to have previously boasted about drunk driving on social media.

Jayana Tanae Webb, 21, faces more than a dozen charges, including three counts of third-degree murder, three counts of homicide by vehicle while driving under the influence, and two counts of second-degree manslaughter of a law enforcement officer.

Webb was allegedly under the influence behind the wheel of an SUV when she struck and killed state troopers Martin F. Mack, 33, and Branden T. Sisca, 29, as they assisted Reyes Rivera Oliveras, 28, on I-95 in Philadelphia.

Mack and Sisca had responded to calls that Oliveras was walking on the southbound side of the highway in the passing lane. The troopers were escorting Oliveras back to their patrol vehicle when they say Webb struck all three men with her vehicle. 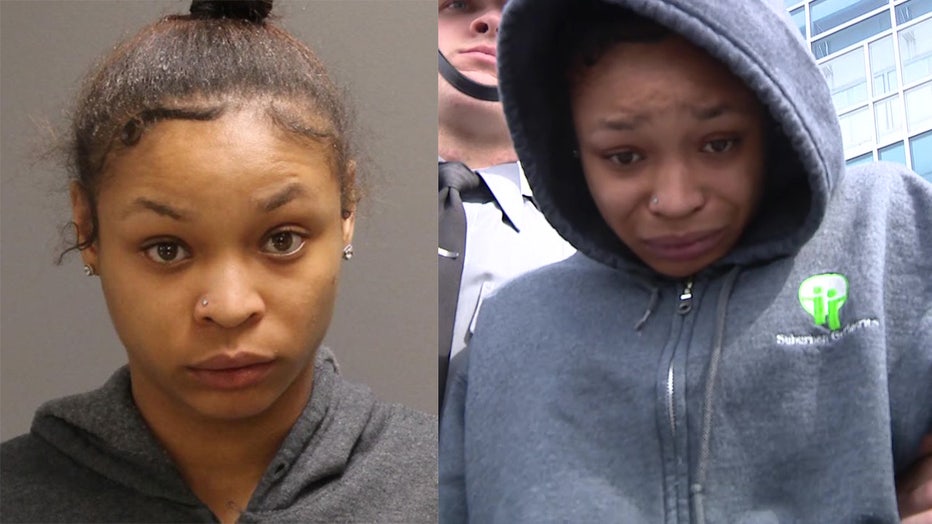 Jayana Tanae Webb, 21, appeared to have posted that she was the ‘best drunk driver ever’ weeks before she allegedly struck and killed two Pennsylvania state troopers and a third man while driving under the influence.

The impact sent all three men over the median and into the northbound lanes. They were all later pronounced dead at the scene and Webb was taken into custody.

In a tweet from mid-January, Webb appeared to boast about her abilities to drive while intoxicated.

"If you ask me, I’m the best drunk driver ever," the post reads.

Sources confirm investigators are looking into her social media.

Social media accounts also include posts promoting her small hairstyling business and appear to highlight her past as a Norristown High School graduate and competitive track and field athlete.

A law enforcement source tells FOX 29's Steve Keeley that state police had conducted a traffic stop involving Webb’s vehicle shortly before the crash. They say that stop was cut short because troopers were responding to reports of pedestrian walking on I-95.

Law enforcement sources told FOX 29 that a 21-year-old driver had a blood alcohol content more than twice the legal limit. She was denied bail in an arraignment hearing on Tuesday.

Officials say Trooper Mack, 33, joined the force in 2014 while Sisca, 29, only recently graduated from the academy and had enlisted in February of 2021. Sisca was also a Fire Chief of Trappe Fire Company in Montgomery County.