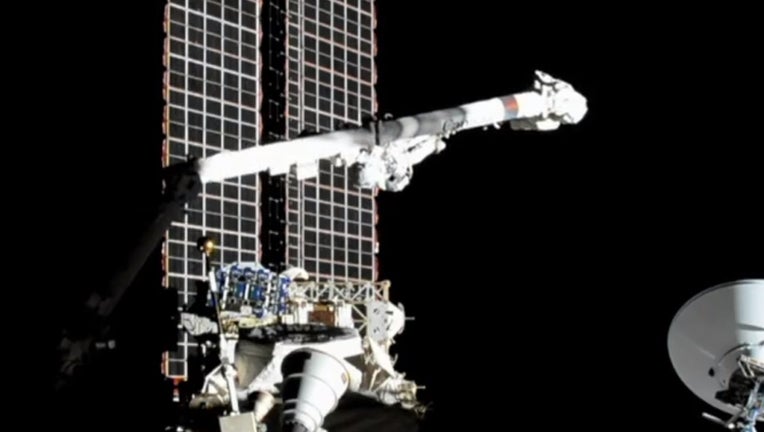 CAPE CANAVERAL, Fla. - Spacewalking astronauts are back outside working to revitalize a cosmic ray detector at the International Space Station.

NASA likens the repair work to heart bypass surgery. At least four spacewalks are needed to fix the $2 billion spectrometer, on the hunt for elusive dark matter and antimatter for 8 ½ years. Without a new cooling system, the experiment — led by a Nobel laureate — would end.

NASA considers these the most complicated spacewalks since the Hubble Space Telescope repair missions a few decades ago.