The White Tiger is Rob Gronkowski

What really helped Gronk bust out some of the most unforgettable moves was accepting that no one knows who’s under the mask, according to the NFL legend.

LOS ANGELES - Season 4 of “The Masked Singer” is bringing the best of both worlds to television: sports and music.

While the show has been known for its all-star celebrity roster with reveals that have left fans speechless, this year, viewers of America’s favorite talent extravaganza are in for a real treat — especially sports fanatics.

“The Season Four contestants combined have sold more than 281 million records worldwide, appeared in more than 5,120 episodes of television and 204 films, appeared in five Super Bowls, have four stars on the Hollywood Walk of Fame, one Academy Award nomination, and one of Time Magazine’s 100 Most Influential People,” according to a news release from the show. 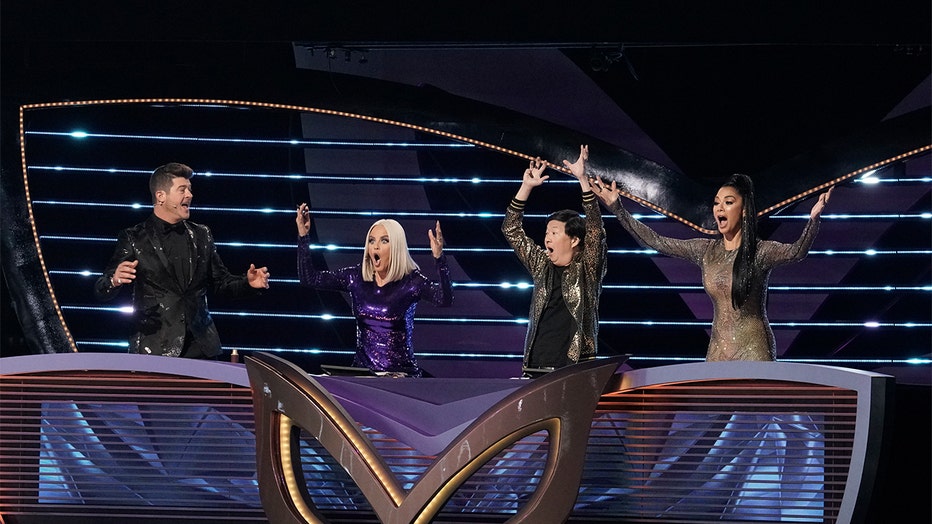 'The Masked Singer' judges react to another unmasking. (FOX)

“This experience has changed me in many ways,” recalled Gronkowski during his big reveal last season. “First off, I’ve always wanted to learn how to dance, I’ve always had my own type of rhythm,  I’ve always loved to dance but I got to be taught by professionals some real dance moves.”

What really helped Gronk bust out some of the most unforgettable moves was accepting that no one knows who’s under the mask, according to the NFL legend.

But the NFL wasn’t the only epic collaboration between the world of professional sports and “The Masked Singer.”

Skateboarding icon Tony Hawk blew audiences away as the Elephant with a memorable performance of “Friday I’m in Love,” by The Cure during Season 3.

Former Oakland Athletics pitcher Barry Zito stole audiences’ hearts with “Have a Little Faith in Me,” as judges could be heard saying in amazement “he can sing!”

With so much incredible talent across a wide spectrum of disciplines, “The Masked Singer” contestants are continually showing that anyone can be under the costume. Happy guessing!