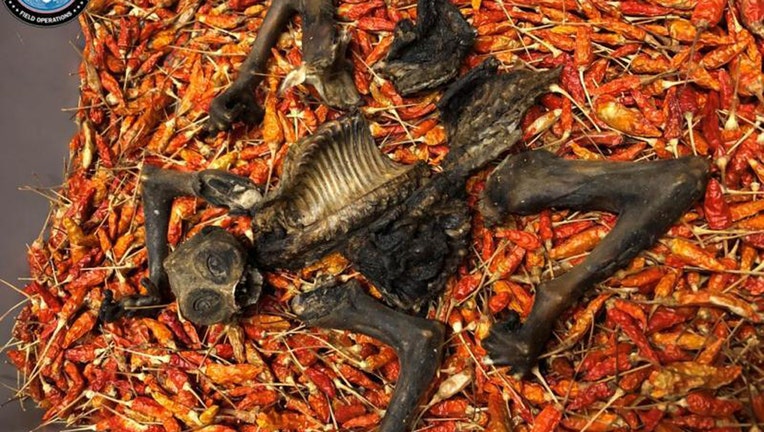 These remains of a lorisid, an endangered primate, were found inside a shipment from Thailand. (U.S. Customs and Border Protection)

NEW YORK - U.S. customs authorities often come across strange and illegal things being imported into the country. Sometimes those include animals, both alive and not.

In Cincinnati in April, U.S. Customs and Border Protection agriculture specialists inspecting bags of dried chili peppers imported from Thailand found a stash of dried frogs, dried insects, and the remains of an endangered primate, officials said in a news release issued this month. That shipment was heading to someone in Buffalo, New York.

The specialists also found more than 22 pounds of turtle bones in another shipment from Thailand.

"Often, we encounter shipments like these, which are of interest not only to CBP but to other federal agencies as well," Supervisory Agriculture Specialist Barbara Hassan said in a statement. "Our specialists are trained to identify products of concern for more than 40 regulatory agencies, and they excel at pinpointing shipments that are worthy of a closer look."

The CBP called in the U.S. Fish and Wildlife Service's Office of Law Enforcement. Scientists at the agency identified the primate as a lorisid, a family of tree-dwelling animals native to parts of Africa and Asia. Lorisids are protected under the Convention on International Trade in Endangered Species of Wild Fauna and Flora, according to the CBP.

"Wildlife trafficking remains a significant threat to thousands of plant and animal species around [the] globe," Supervisory Wildlife Inspector Denise Larison said in a statement. "Thanks to this great partnership, we were once again able to prevent the unlawful importation of protected species and disrupt the illegal market for these precious animals." 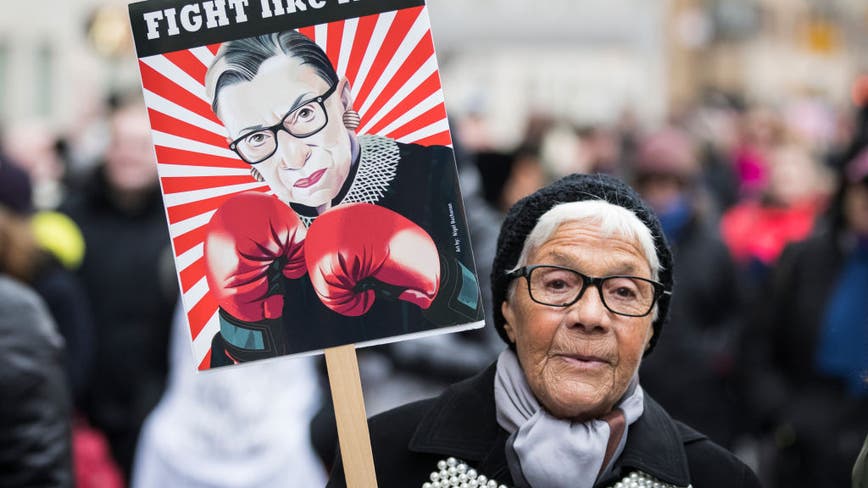