Police: Sterling Heights woman shot at on her porch was targeted in murder-for-hire plot

According to the indictment filed Wednesday an unidentified co-conspirator offered Andre Sims of Grand Rapids $10,000 to kill a Sterling Heights woman back in November of 2020.

STERLING HEIGHTS, Mich. (FOX 2) - Federal investigators indicted a Grand Rapids man in an alleged murder-for-hire plot from a little more than a year ago, in which he was paid just $300 for shooting the woman after originally being contracted for $10,000.

According to the indictment filed Wednesday an unidentified co-conspirator offered Andre Sims of Grand Rapids $10,000 to kill a Sterling Heights woman back in November 2020.

"Can you imagine if this happened to you or someone in your family?" said Sterling Heights Police Chief Dale Dwojakowski. "Every time you left your house, you’re looking over your shoulder. At least the family can say, ‘Okay. bad guy is in custody.’"

Dwojakowski says the feds got involved as the case grew larger and local investigators saw they needed more resources to get to the bottom of it.

"No one ever fell off the radar," he said. "This case was actively investigated from day one, and it literally took this many months and weeks to get to this moment."

According to the indictment, Sims traveled from Grand Rapids to Flint at the behest of the UCC who called for the hit.

Sims then traveled to Detroit and then to the woman’s home where he allegedly waited for her to go to work, blocked her car, and then unloaded.

"Seven to eight rounds right into the side of the car and it’s a miracle the person did not die," the chief said. "(She) sustained some injuries. she survived."

According to the complaint, Sims bought a Greyhound ticket back to Grand Rapids after the shooting and received $300 for the failed hit.

Details about the shooting left neighbors both stunned and relieved Sims is in custody.

Authorities did not have to look far to find him: Sims has been locked up in the Kent County Jail in an unrelated case since Jan. 5th of this year.

"This is what, the reason why people join law enforcement," the chief said. "It’s why people become police officers, federal agents, is to put people like this in jail."

Neighbors say the woman who was targeted has since moved from her townhome in Sterling Heights. Sims is expected to be arraigned in Flint on April 7. 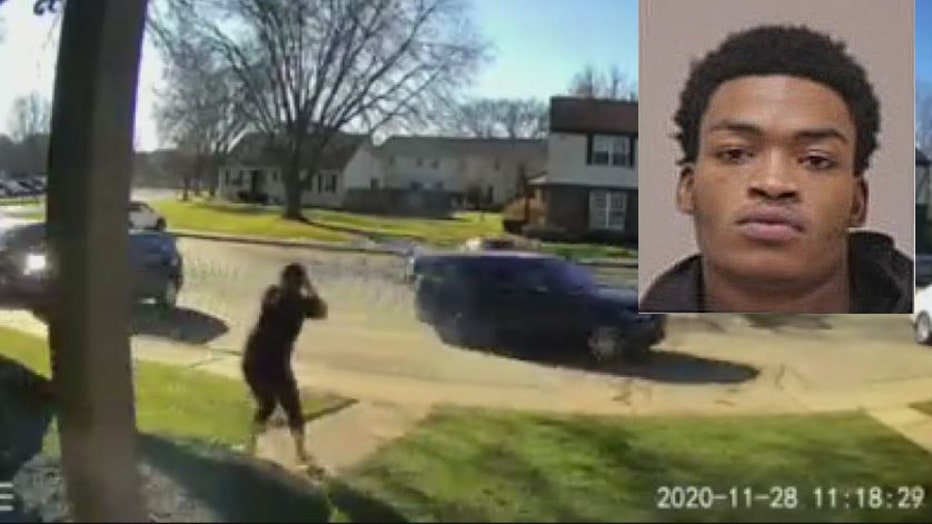