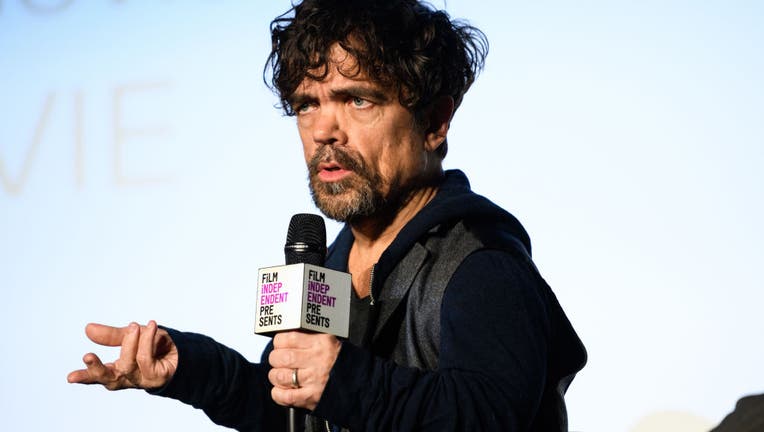 The actor appeared on the most recent episode of Marc Maron’s "WTF" podcast in which the two of them discussed the concept of being politically correct or "woke." That’s when Dinklage commented on what he saw as the strange fact that the casting of Latina actress Rachel Zegler and Israeli actress Gal Gadot in the film was heralded as a boon for diversity.

Meanwhile, the "Cyrano" actor, who has dwarfism, noted that they’re starring in a movie based on the 1937 animated movie "Snow White and the Seven Dwarfs," which makes caricatures out of people like him.

"There’s a lot of hypocrisy going on," Dinklage said (via Variety). "Literally no offense to anyone, but I was a little taken aback when they were very proud to cast a Latina actress as Snow White. But you’re still telling the story of ‘Snow White and the Seven Dwarfs.’ Take a step back and look at what you’re doing there. It makes no sense to me."

The actor went on to lament the fact that he feels he hasn’t done enough for people like him in Hollywood with characters like Tyrion Lannister and his adaptation of Cyrano de Bergerac. Both characters acknowledge their dwarfism but have rich, full character arcs that go well beyond the condition.

"You’re progressive in one way but then you’re still making that f---ing backwards story about seven dwarfs living in a cave together, what the f--- are you doing, man? Have I done nothing to advance the cause from my soap box? I guess I’m not loud enough," he told the host. "I don’t know which studio that is but they were so proud of it. All love and respect to the actress and all the people who thought they were doing the right thing. But I’m just like, what are you doing?"

"Snow White and the Seven Dwarfs" was Disney’s first animated feature film, following a young princess who must flee the Evil Queen. She makes her way to a cottage in the forest that is inhabited by seven dwarfs named Doc, Grumpy, Happy, Sleepy, Bashful, Sneezy and Dopey who all work in a nearby mine.

Entertainment Weekly reports that news of Zegler’s casting came in June amid reports that the film was poised to start filming sometime in early 2022. News songs will be written for the live-action adaptation of the classic tale, which was originally an 1800s German fairy tale by the infamous Brothers Grimm, by "La  La Land" and "The Greatest Showman" duo Benj Pasek and Justin Paul and directed by Marc Webb, best known for "Amazing Spider-Man" movies.