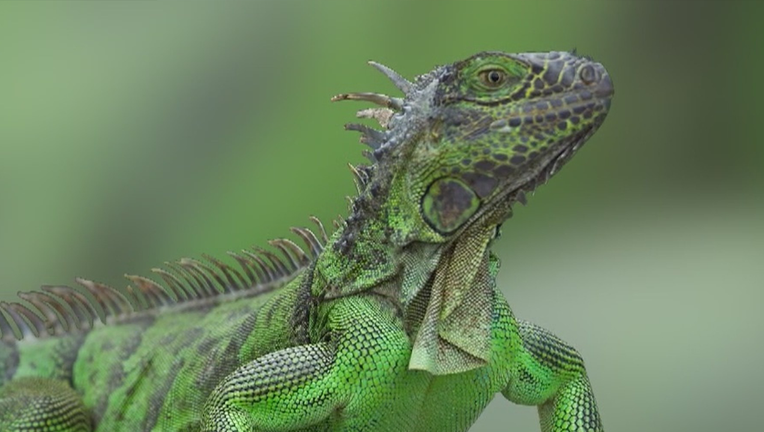 Employees noticed last year that water was seeping round the edges of a decades-old weir that controls water delivery in West Palm Beach, the Palm Beach Post reported.

“The sheet piling was getting pretty old and needed to be replaced, but the digging by the burrowing animals like iguanas made it more vulnerable,” said Poonam Kalkat, director of public utilities for West Palm Beach. “I can’t say how much the iguanas were the cause because it’s an older structure, but they definitely made the situation worse.”

They are also becoming an issue for agencies in charge of managing the hundreds of miles of canals that channel water throughout South Florida, said William Kern, an associate professor in the entomology and nematology department at the University of Florida’s Fort Lauderdale Research and Education Center.

Kern told the newspaper that female iguanas dig burrows to lay their eggs. If the burrows are in canal banks, it can cause erosion, and eventually lead whole sections to collapse.

Iguanas begin digging new burrows in February and March to lay their eggs, he said.

“The iguanas are the start of the problem,” Kern said. “It’s going to be an ongoing situation now that they are established.”

West Palm Beach contracted with Murray Logan Construction in April for emergency repairs. A request for additional expenses submitted in August includes $8,500 to install more of a material to “deter burrowing animals from making holes or tunnels.”

The material, called Geogrid, is used to prevent erosion, but Kern said it’s increasingly being added to projects to protect against iguana holes.

Kalkat said the city is reviewing all its stormwater control structures to see if there is iguana damage, and discussing ways to manage the city’s iguana population.

“Some people have suggested spraying water on them, but they like the water,” she said. “Someone suggested hanging CDs, but I’ve seen iguanas and their whole families sitting next to where the CDs are.”

While a winter blast this week could stun the iguanas — the cold-blooded reptiles become immobilized when temperatures go much below the mid 40s — it’s unlikely the chill will be enough to kill them.

The 2010 die-off included a 12-day period of the coldest temperatures since at least 1940, according to the National Weather Service.

It was also cloudy for several consecutive days, meaning iguanas couldn’t bask in the sun to raise their temperatures, Kern said.

Homeowners trying to deter iguana digging should fill existing burrows with dirt or rocks and then cover them with heavyweight plastic or chicken wire.