Twitter announced on Monday it will now allow users the option to remove a follower without blocking them.

The company had announced a test run on Sept. 7, saying the new option will make it "easier to be the curator of your own followers list."

Anyone who wants to remove a follower but not completely banish the user from their Twitter feed can go to their profile and click on "followers." Once they have found the person they wish to remove, they just need to click on the three dots icon and select "remove this follower," Twitter explained in its original Sept. 7 tweet.

RELATED: Twitter testing feature to warn users of the 'vibe' of 'intense' conversations

Twitter has been testing and rolling out several new features this year, including one announced in early September that could allow users to pay for a "super follow" feature that gives people access to see tweets on larger accounts.

The feature — which is currently only available to a select group of US and Canada users on Apple devices — lets Twitter users charge others $2.99, $4.99 or $9.99 per month to follow them.

Twitter users who offer super follows will get a special pink badge on their profiles. They will be able to keep up to 97 percent of super follow revenue up to $50,000 after fees, then up to 80 percent past that mark, according to the company.

Only users who have at least 10,000 followers, have used the site for at least three months and have posted at least 25 tweets over the past 30 days will be eligible to charge a toll for their tweets, according to Twitter’s rules. 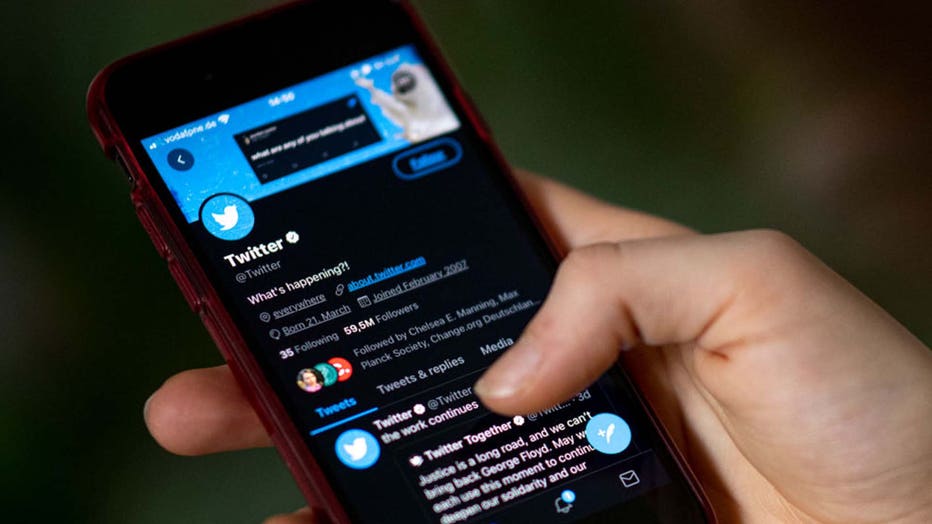 Users who are affiliated with state-run media outlets are also banned, as are accounts that "feature animals or fictional characters" unless they are "directly affiliated with your brand or organization."

Last week, Twitter announced it was testing a new feature that will warn users if it determines a conversation might become "intense."

"Ever want to know the vibe of a conversation before you join in?" Twitter Support tweeted on Oct. 6. "We’re testing prompts on Android and iOS that give you a heads up if the convo you’re about to enter could get heated or intense. This is a work in progress as we learn how to better support healthy conversation."

An image included in the post gave an idea of what users can expect from the alerts.

The initial tweet used as an example reads, "fyi not all college athletes will get rich just because they can sign endorsement deals now and earn money from their NIL."

A respondent then replies, "Maybe not, but at least they finally have the opportunity to gain some financial benefit from the physical and mental sacrifice. These deals will surely impact how coaches recruit and players commit though. Mo rules, mo problems."

In between those two messages, a bold alert from Twitter says, "heads up," warning, "conversations like this can be intense."

A second phone alert shows another notification that pops up and covers all but the initial tweet and states, "Let's look out for each other."

RELATED: 95% of Americans agree misinformation is a problem, poll shows

The alert then tells users to "remember the human," adding, "communication with respect makes Twitter better." It then says that "facts matter," saying that "checking the facts helps everyone."

Finally, the alert reminds users that "diverse perspectives have value," adding, "discovering new perspectives can strengthen your own."