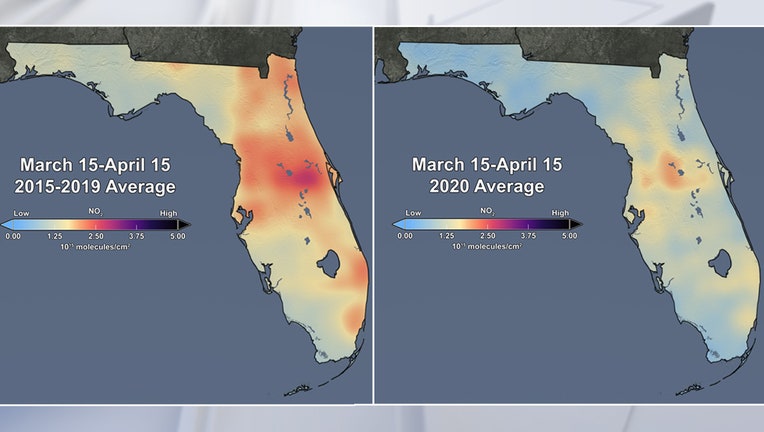 TAMPA, Fla. - Within one month, there has been lesson air pollution above the Sunshine State's metropolitan areas as the state went into lockdown, reports NASA.

Satellite images show the level of nitrogen dioxide are about 30% lower over Florida when compared to the average nitrogen levels between 2015 and 2019.

"In fact," NASA said in a statement, "March 15 to April 15, 2020 shows the lowest value for the region as compared to any other year during the OMI data record, which spans 2005 to present."

The nitrogen dioxide levels are about 30-35 percent lower over Orlando and Miami, while it's about 40% lower over Jacksonville. 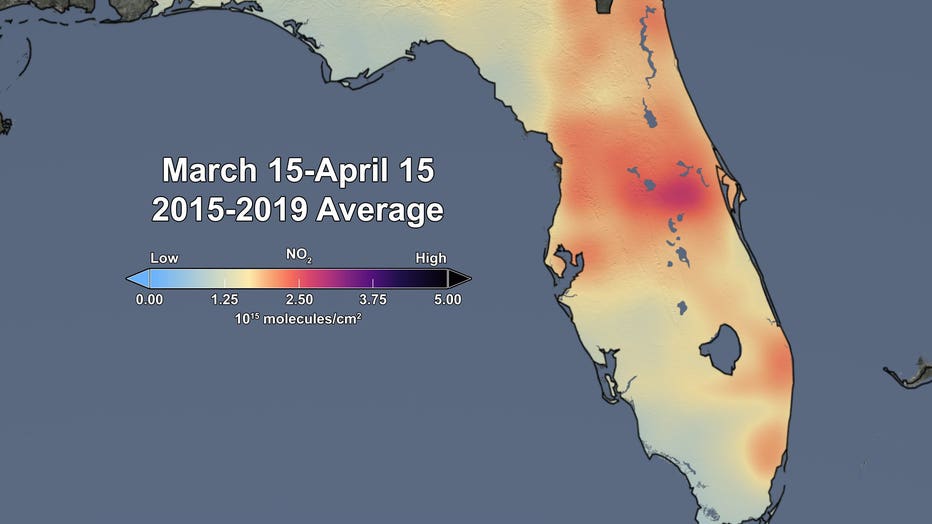 Similar reductions in air pollutions were seen across the globe, including China and Italy.

NASA says during this time period, there was record-setting heat in Florida, and unusually low rainfall. Scientists say they will need to further analyze whether this impacts the reduction in air pollution, as well. 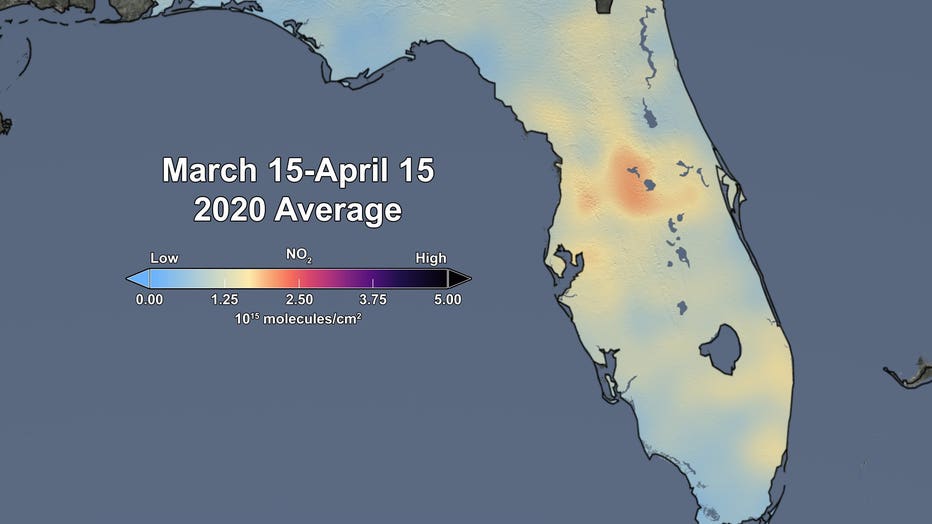 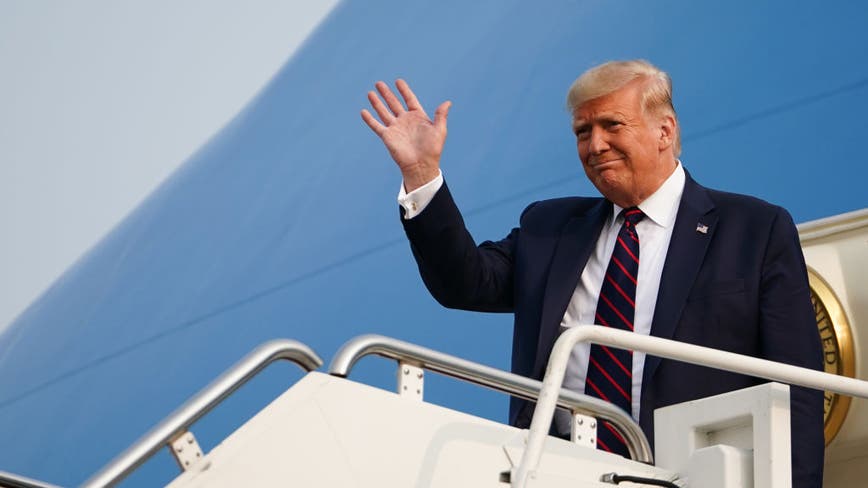