In case you have anxiety from being left on read this past Valentines Day, it may have actually been because of a glitch that caused thousands of people to receive texts that were intended to arrive on or around Feb. 14, 2019.

LOS ANGELES - In case you have anxiety from being left on read this past Valentine's Day, it may have actually been because of a glitch that caused thousands of people to receive texts that were intended to arrive on or around Feb. 14, 2019.

Dozens of people have posted on social media that they received the delayed messages overnight Wednesday. One user tweeted that she received a text from her best friend who had passed away in February.

Another user on the receiving end of the glitch said his ex-girlfriend received a Valentine’s Day text she apparently never got which he said “led to, among other things, a ruined holiday.”

According to the Washington Post, the texts were sent and received form a variety of cellphones with different operating systems as well as an array of carriers which included Sprint, T-Mobile, AT&T and Verizon.

A third-party text platform called Syniverse told the Post that regular maintenance by its IT staff inadvertently caused 168,149 previously undelivered messages to be sent. 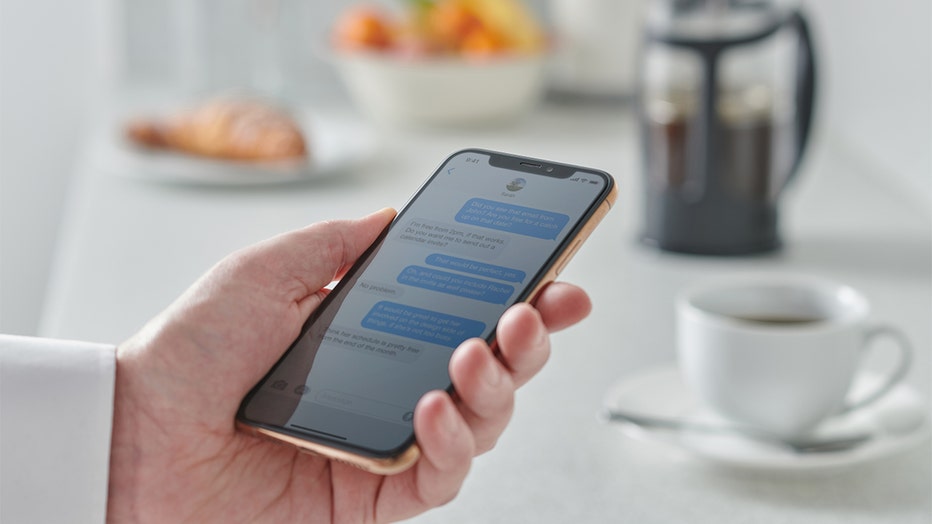 FILE - Close up detail of a man holding a smartphone over a kitchen counter.

“We apologize to anyone who was impacted by this occurrence,” William Hurley, Syniverse’s chief marketing and product officer, said in a statement. “While the issue has been resolved, we are in the process of reviewing our internal procedures to ensure this does not happen again, and actively working with our customers’ teams to answer any questions they have.”

A user tweeted at Sprint asking for an explanation as to why her phone sent a text to her boss at 1 a.m.

Sprint responded saying  “Hey! The issue has been fixed, It should not happen again.”