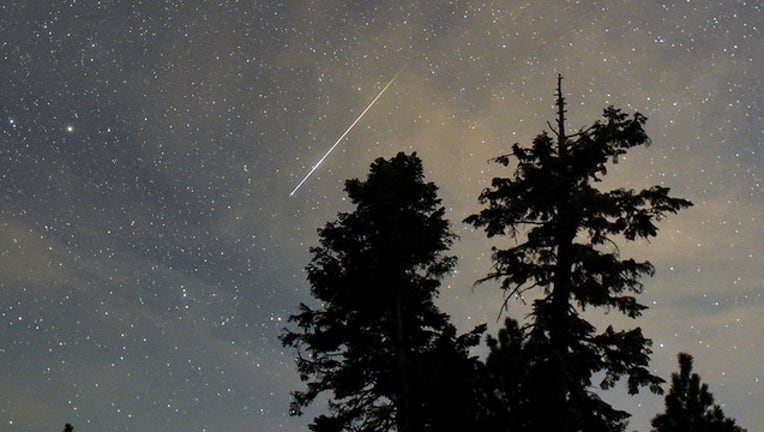 (FOX 46 CHARLOTTE) - The first meteor shower of the new year will peak Thursday night as the Quadrantids dart through the January night sky, according to NASA.

The peak of the shower will unfold from Thursday, Jan. 3 into the early morning hours of Friday, Jan. 4. One of the benefits for stargazers is that the peak occurs during the new moon, allowing for a darker sky.

Those in the Northern Hemisphere could wind up seeing the most meteors.

Check TIME AND DATE to see what your chances are like.

During perfect conditions, anywhere from 60 to over 100 meteors per hour can be seen during the peak. The timing of the peak is very narrow, according to NASA. Unlike other meteor showers, such as the Perseids or Geminids where the peak can last for a couple days, the Quadrantids peak is only for several hours, with the best time occurring between midnight and dawn.

NASA says the reason the peak is so short is due to the "shower's thin stream of particles and the fact that the Earth crosses the stream at a perpendicular angle."