He puts on his mask, gloves, and walks into the Vallarta Market in Encino with a fistful of dollars. Actually, a fistful of $10 bills -- more than 80 of them.

LOS ANGELES - He puts on his mask, gloves, and walks into the Vallarta Market in Encino with a fistful of dollars. Actually, a fistful of $10 bills -- more than 80 of them.

He stands in front of a line of grocery workers in the store -- six feet apart and starts to talk with them one after another handing each a $10 bill.

"Daniel this is for all your hard work."

Thank you says the worker.

This is the store where he and his wife shop. And, as he roams through the store handing out money he says things like, “This is from my wife and me for all the hard work you do very very well.” 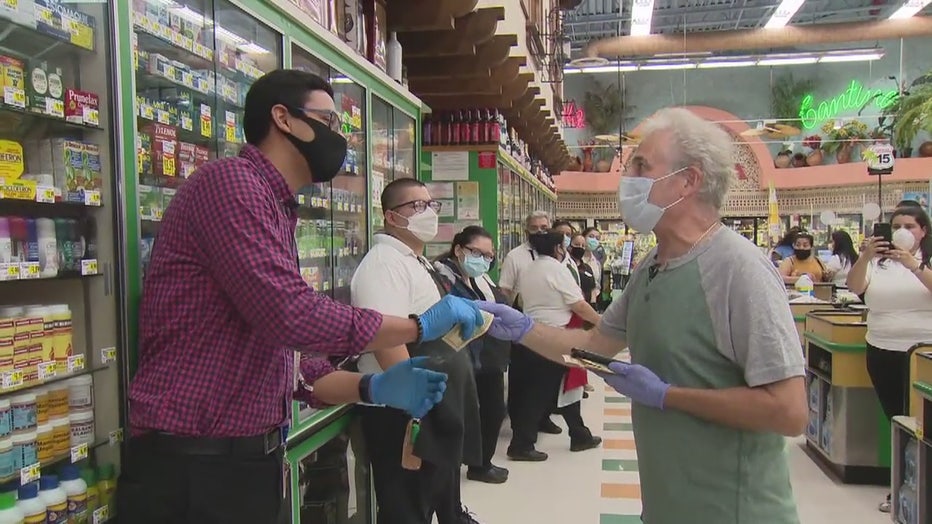 The money is from his $836 stimulus check and then a couple hundred extra that he added. He tells workers it's, “a little something from our hearts. Wish it could be more.”

So, who is Barry Pearl? He's a Los Angeles actor who has been in hundreds of plays and TV shows. But, you probably know him best for the movie "Grease" and the television special "Grease LIVE" here on FOX. But, his giving side has him helping special needs kids each year in a camp sponsored by Inclusion Films.

One year the campers made a music video called "A Simple Act of Kindness." His sharing his stimulus check is not because of the song, but because he and his wife say they really didn’t need the money they got.

Sure, 10 bucks a worker is more like a tip than something substantial, but it's the thought as he tells workers to buy a treat with the money. 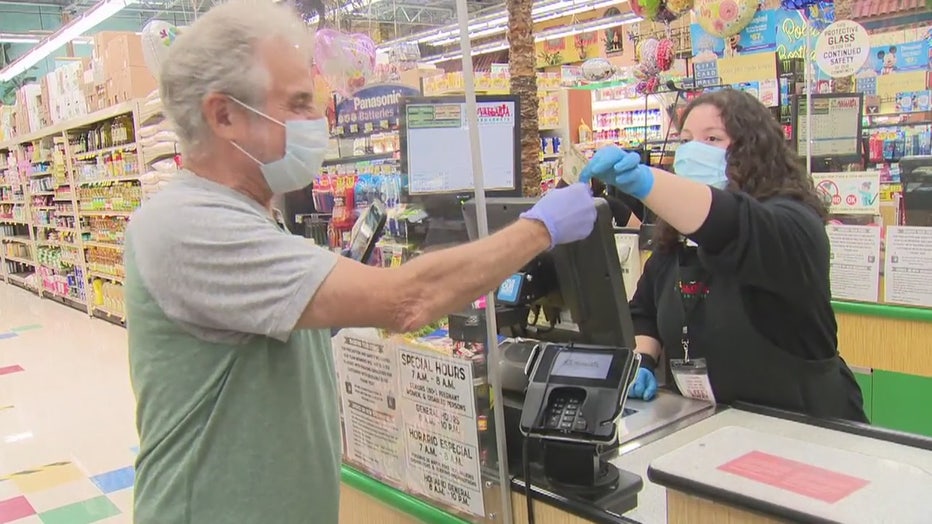 They say things like "God Bless you" as they reach out for the gift.

Grocery manager Ruben Gonzalez says, “We don’t even get a thanks sometimes. It means a lot”

Cashier Karen Gasca says, “It definitely caught us all off guard. It was a very humbling experience especially for these hard times.”

A simple act of kindness from an actor who was rewarded with a standing ovation from some of L.A.’s essential workers.